God has already made you victorious! 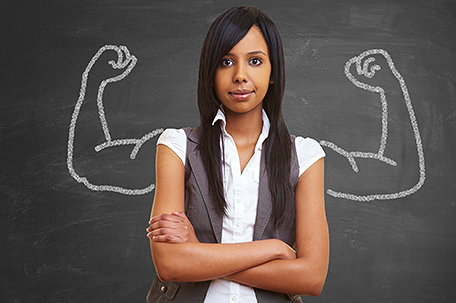 Growing up, our family was rich in love, but not much else. I wore lots of hand-me-downs, shopped at thrift stores and ate scraps that, somehow, my mom was gifted to turn into gourmet meals. Although we were impoverished by society’s standards — resources were scarce and times did get hard on occasion — I thank God for those tough days.

They built character in me and showed me early on that God will take care of me in any circumstance.

As I have matured and experienced life, there have been lean times, extended periods of hardship, bouts of grave illness, and other unfortunate setbacks. There was nothing pleasant about those dry, desolate places, deep valleys, and dark pits of struggle.

Nevertheless, looking back, I am grateful for every one of them.

The difficulties stretched my faith and forced me to walk my talk. By that I mean, I had to do more than simply say I trust the Lord; I had to live according to those words. I couldn’t merely quote scriptures, I had to internalize them, stand on them, and cling to them for dear life.

Friend, have you ever found yourself really down and deep in your own valley? Has it ever gotten to the point where it looked like you would never overcome? If so, you know how hard those moments are.

I like to call these “make-or-break seasons,” where God prunes us, proves us, and processes us. His purpose and intent is never to destroy, even when it feels that way. When it seems like He’s going to break us, really, He’s making us into a vessel of honor He can use for His glory.

God’s intention is always to build us up. When He’s allowing the very foundations of our lives to be shaken, He is, in the process, securing our relationship with Him. He’s teaching us to lean on Him for everything we need. He demonstrates that power belongs to Him alone and victory is only in His name.

When we can’t run to anyone else for help, that’s when we learn that God is our refuge, strength, and a very present help in trouble, as Psalm 46:1 teaches us.

The Lord is our strength. That’s what Gideon had to learn.

When the Angel of the Lord addressed Gideon as a mighty man of valor and told him God was going to use him to save Israel out of the hand of the Midianites in Judges 6, he could hardly believe it. Gideon, whose name means “cutter” or “cutter of trees,” was ordinary in every sense of the word. His family wasn’t esteemed. His tribe wasn’t formidable. He was a coward.

And yet, God called him.

Feeling small and unworthy, and hiding out from the enemy, Gideon replied, “O my Lord, how can I save Israel? Indeed my clan is the weakest in Manasseh, and I am the least in my father’s house.” (Judges 6:15, NKJV).

He let his lack of confidence fool him into thinking he didn’t hold a high enough position to be triumphant. Gideon thought God couldn’t defeat the enemy using him, because he was too defeated in his mindset to see that with God all things are possible (Matthew 19:26).

Friend, there is nothing too hard for the Lord. No matter where you are, where you come from, or what disadvantages you may be dealing with, God’s plan for your life will come full circle. No one and nothing can stop Him from blessing you, using you, elevating you, increasing you, and making you an example of the amazing things His power can do.

As long as you are willing to tell God “yes,” there is no limit to what He will do in your favor!

The next time you feel tempted to doubt God based on your circumstances, think about Gideon, one of the most fearful judges of Israel. He didn’t understand that a person’s social status, reputation, or even self-perception, is not what determines whether the Lord uses them or not. This poor guy was so down on himself and had such poor self-image that he could not wrap his mind around the fact that God commanded little old him to save Israel.

So you know what Gideon did? He asked God for several signs to convince him of the validity of the divine call according to Judges 6:36-40. God was merciful enough to prove Himself, even though the Lord didn’t have to do that. Aren’t you grateful for God’s grace and how He has compassion on us despite our shortcomings? When we are faithless, He is yet faithful. 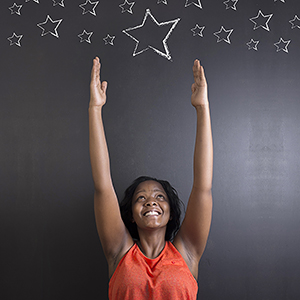 Well, when it was all said and done, God reduced Gideon’s army of 32,000 men down to 300. In the natural world, this was a recipe for defeat — especially against the cruel and seemingly invincible Midianites. They had been bullying the Israelites for quite some time. Everyone was terrified of these men God used to judge the wrongdoing of His chosen people. But when time came for God to deliver Israel, He didn’t need a whole lot to do it.

Gideon, with only those chosen 300, went up against the Midianites. Funny thing is, after being scared and hesitant, he didn’t have to do much except make some noise! The Israelites blew rams’ horns, shouted, broke jars, and just like that, sent the enemy running. God’s power was at work.

If we can remember that it is God’s power that puts the enemy on the run, we won’t be so quick to become intimidated by the attacks against us. If we just recall in times of trouble that God’s power is greater than what’s coming against us, we would rest in the midst of the storm.

Today, you may be going through some tough things. God sent me to tell you, just as He was with Gideon, He is with you right now. Stop looking at your power. Quit focusing on your resources — or lack thereof. Don’t obsess over what you need and don’t have. God is going to take care of you. Jehovah Jireh will provide.

And the enemy, who is coming against you forcefully, will be put on the run just as the Midianites were. As the promise in Deuteronomy 28:7 NASB declares, “The LORD shall cause your enemies who rise up against you to be defeated before you; they will come out against you one way and will flee before you seven ways.”

Lift up your head. Place your hope in the God of your salvation. He won’t allow you to be overthrown, overtaken or overwhelmed by trouble. Don’t worry about your deficiency, because Christ is your sufficiency. God has already won the victory on your behalf.

To remind you of this truth, I feel led to stir the first portion of 2 Chronicles 20:17 NLT into your cup of inspiration, which says, “But you will not even need to fight. Take your positions; then stand still and watch the LORD’s victory. He is with you…”

As you drink down the contents of your cup, rejoice, for the Lord has made you victorious. As you call to mind this word, and trust that it is from God, you will feel pressure alleviated. The burden will lift off your shoulders. The heaviness in your heart will be relieved, because you will know without a doubt that this battle doesn’t belong to you. It is the Lord’s.