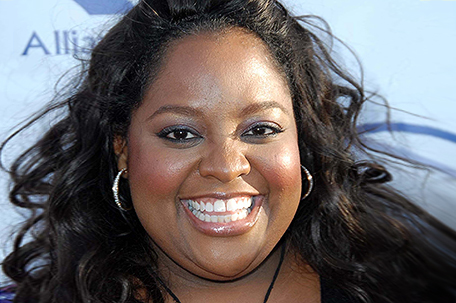 NEW YORK– Along every road, in little towns and big cities, you will find amazing places and people whose love for cooking is matched by their profound passion for their faith. On “Holy & Hungry,” premiering Sunday, August 23rd at 10:00pmET/7:00pmPT on Cooking Channel, Emmy award-winning TV personality, best-selling author and comedienne Sherri Shepherd highlights these passionate people and the delicious dishes they make to feed the body and the soul.

“Holy & Hungry celebrates something that people of all religions enjoy – delicious food,” said Michael Smith, General Manager and Senior Vice President, Cooking Channel. “The unique lens of faith to explore food is unlike any other series on Cooking Channel, and Sherri Shepherd’s appreciation and ability to relate to the faithful people spreading their love for their faith through their food, makes her the perfect host.”

“Eating has always been like a religious experience for me. Growing up my father was a Deacon and my mother always cooked all of our meals, so we had good food on the table and faith in our hearts. I’m excited to share the personal stories and mouthwatering recipes of those who are just as passionate about food and faith as I am,” said Shepherd.

Over the course of the six half-hour long episodes, Sherri breaks bread with a variety of people who share her passion for food and faith, letting her into their worlds and sharing recipes and cooking tips. On the premiere episode, Sherri is eager to stop talking and start eating at Hush Bistro in Farmingdale, New York. The chef is also a preacher, and prepares a flavorful signature dish of Adam’s Ribs, that are triple cooked and are so tender that the meat falls off the bones. Then, it is over to Holy Schnitzel in Staten Island, New York, a family run restaurant that serves up fast-food inspired kosher fare that features over 20  homemade dairy-free sauces. Sherri gets a taste of their Holy Toasty sandwich that is stacked with cornflake-crusted schnitzel, hot pastrami, and topped with two of their secret sauces.

Sherri’s next stop is in New York’s East Village at Veniero’s Pasticceria, a 120 year old haven for heavenly treats. There, she gets a lesson on how to make Sfingi, a fried dough pastry stuffed with sweet ricotta cream filling and topped with crushed pistachios. Afterwards, she heads uptown to meet Caitlin Scott in her “kitchen” – Manhattan’s famous Riverside Church. She shows Sherri how to make her famous Jesus and Mary Biscuits with a spicy chorizo gravy topped with apricot jam for her monthly supper club, Grits to Grace.

Fans can visit CookingChannelTV.com/HolyandHungry to unearth foods with religious symbolism and see the most unique religion-themed restaurants in the world. To join the conversation, use #HolyandHungry on Twitter.

Sherri Shepherd is an actress, best-selling author and comedienne – known for her role as co-host of ABC’s The View, for which she won a Daytime Emmy.  Shepherd’s film credits include One For The Money, Think Like a Man and the upcoming Woodlawn and Ride Along 2. She has appeared as a frequent guest star on “How I Met Your Mother,” “30 Rock,” and “Hot in Cleveland,” and also executive produced her own sitcom on the Lifetime Network entitled “Sherri.”  Shepherd produced and hosted “The Newlywed Game” and made her Broadway debut as the first African American wicked stepmother in the Tony award winning musical Rodgers + Hammerstein’s Cinderella.  She became a New York Times best-selling author with the release of her books Plan D: How to Lose Weight and Beat Diabetes Even if You Don’t Have It and Permission Slips: Every Woman’s Guide to Giving Yourself a Break.

Other than Elisabeth Hasselbeck, none of her other “View” co-hosts showed up to Sherri Shepherd’s wedding