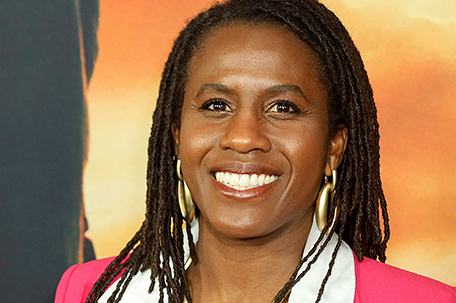 “Star Trek” has always had a diverse cast, from George Takei, who is Japanese, to Nichelle Nichols, who is African-American. And now, the popular TV series has Hanelle Culpepper, its first Black female director in the franchise’s history of more than 50 years.

Culpepper is a veteran television director who directed her first play while she was a senior in high school. “I knew this was what I wanted to do,” she said. However, as a young person, directing didn’t seem practical as a career choice, so she went to Lake Forest College to study economics and then accepted a fellowship to get a Ph.D. in economics at the University of California, Riverside. Afterward, though, she quickly realized that she had made a mistake and ended up taking film classes and doing an internship at Sony.

Later, she worked as an assistant to a couple of established directors and then for the Sundance Institute. She was also in the prestigious American Film Institute and was selected by NBC’s diversity program.

Culpepper’s big break came when she was offered to direct an episode of NBC’s “Parenthood” starring Peter Krause, Lauren Graham and Dax Shepard and then “90210,” both of which aired in 2012. She later directed various episodes of TV shows including “The Flash,” “Gotham,” and more. She was nominated for a NAACP Image Award for “Outstanding Directing for a Drama Series” in 2015 for “Criminal Minds” and in 2021 she received her second Image Award Nomination for directing “Star Trek: Picard.

The path she has traveled has led her to make history as the director of several episodes of Star Trek: Picard, which features Sir Patrick Stewart reprising his iconic role as Jean-Luc Picard.