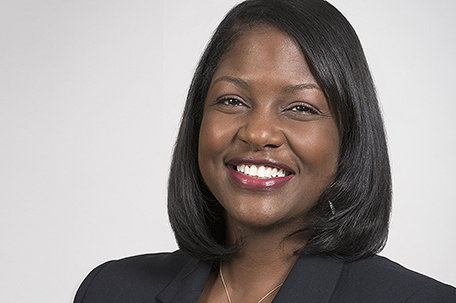 In June 2020, 39-year old Fabiana Pierre-Louis succeeded Walter Timpone to become the first Black woman to sit on New Jersey’s Supreme Court, the state’s highest court. She carries the legacy of John Wallace, who became the first Black male judge on the state supreme court in 2003.

Pierre-Louis, who is Haitian-American, previously worked as a federal prosecutor, and was responsible for supervising all aspects of criminal matters handled by the Camden Office. Also, she spent nine years in the U.S. Attorney’s Office in New Jersey and she has worked on countless cases. She was also a partner in Montgomery McCracken’s White Collar and Government Investigations practice group where she focused on complex commercial litigation, white-collar crime, and government investigations.

Her appointment is historic, because as of July 2020, there are 33 states that do not have a woman of color on their highest court.

“Many years ago my parents came to the United States from Haiti with not much more than the clothes on their backs and the American dream in their hearts,” Pierre-Louis told reporters. “I think they have achieved that dream beyond measure because my life is certainly not representative of the traditional trajectory of someone who would one day be nominated to the Supreme Court of New Jersey.”

She credits her humble roots for her success and work ethic. She grew up in Brooklyn, New York City with her parents, her grandmother and her four brothers and sisters who all lived in a small two-bedroom apartment.