Don’t fret! It won’t run out 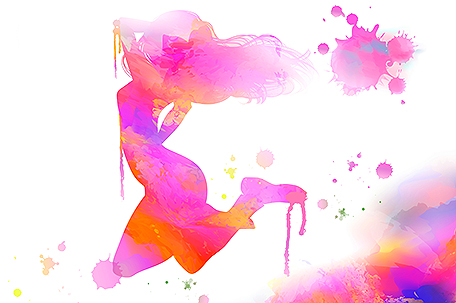 I could hardly concentrate.

I was concerned that my laptop might shut down in the middle of a very important presentation. By the time I noticed I wasn’t in possession of my adapter to charge it, it was too late. I was already at the venue.

Once inside, I hurriedly opened the device and checked the power icon in the lower right-hand corner to see how much battery life I had left. When I hovered over it with the cursor, it read 86 percent and indicated that I could get nearly two hours of usage out of it before needing to recharge.

You would think that would calm any anxiety I was feeling.

You see, a few months ago, my charging port on the very laptop I was using today was broken. Plus, I needed a new battery then. So whenever the adapter was disconnected from the computer, even if the power icon said the computer was fully charged, it would die in less than ten minutes.

One time, before having the laptop fixed, I arrived at a meeting without the adapter. My device, with all the information I needed on it, shut down in the middle of everything.

My stomach dropped. I was thinking, this can’t be happening.

Thankfully, by the grace of God, I got through that and no one seemed to notice I was winging it. After that experience, however, I was paranoid. Not even after the much-needed laptop repair was completed did I dare forget my adapter—until today.

I am happy to report, not only did my battery life last the duration of my presentation, but when I returned home, I didn’t even need to plug up. Turns out I was anxious for nothing.

Don’t fret. God has something amazing in the works for you.

I think we all tend to feel a bit uneasy when we get concerned about running out of something we need, right? We think about how disastrous it would be to run out of money, time, strength, provision, opportunities, or options.

In John 2, during a wedding at Cana, the people ran out of wine.

So Jesus told his disciples to get six stone water jars that could hold 20-30 gallons each and fill them with water. After they obeyed, Jesus turned that water into wine—his first public miracle—and ordered that some of it be given to the master of the banquet.

When the master of the banquet tasted the wine created by the Master of the whole universe, the Bible says he summoned the groom and told him, “Everyone brings out the choice wine first and then the cheaper wine after the guests have had too much to drink; but you have saved the best till now.”

Friend, in your life, God has saved the best till now. The best door is opening. The best way is being made. The best outcome is about to manifest. The best season of your life is ahead of you. If you have been feeling weary and worried because your supply seems low in some area of your life, relax.

It will not run out. God will sustain you.

In Cana, the Bible says Jesus’ water-to-wine miracle was “the first of the signs through which he revealed his glory.”

That’s precisely what God is doing in your life: revealing His glory.

The same Jesus who worked a miracle at that wedding lives in you. The exact power that changed the circumstances of the widow of Zarephath in 1 Kings 17 is alive in you.

Do you recall the story?

It looked like the poor widow was about to run out. The Bible says she only had a small amount of flour, a little bit of olive oil and some water to make the last piece of bread for her and her son. They were about to split their paltry rations and prepare to die of starvation.

But God sent the Prophet Elijah to this widow’s house.

In verse 14, Elijah told this financially destitute and hopeless woman, “For this is what the Lord, the God of Israel, says: ‘The jar of flour will not be used up and the jug of oil will not run dry until the day the Lord sends rain on the land.’”

God kept his promise. That widow had more than enough to sustain her family. And just as He provided for her,  the Lord wants you to know He will provide for you. He sees your situation. Still, your well will not run dry. Your options will not run out. He is yet in the miracle-working business and He’s going to do it in your life!

Trust Him for provision.

To help you do that, I’m stirring Psalm 34:10 NIV into your cup of inspiration, which says, “The lions may grow weak and hungry, but those who seek the Lord lack no good thing.”

As you drink down the contents of your cup, you will rejoice in knowing that, as long as you seek God and obey His word, you need not worry over lack.

God will provide everything you need.

If you are presently waiting for manifestation, your wedding at Cana moment is about to happen. When it comes to fruition, you will surely say, God saved the best till now.

God is going to do above & beyond!