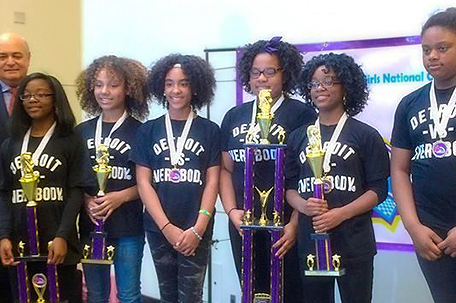 At a Chicago hotel last May, the final round in the 13th Annual KCF All-Girls National Championships concluded.

Thirteen-year-old Jada Hamilton of the University Prep Science & Math, sealed the win and tournament victory for her team in Detroit’s Under 14 category.

“I was pretty amazed,” Hamilton said, still awe-struck. “It’s hard to describe how I felt that day because I was really happy.”

All the girls came from the Detroit City Chess Club and competed against over 440 other players.

The all-Black team were considered the underdogs but showed the tournament they meant business.

These girls deserve our praise, support, pride and awe.

Story details sourced from The Root.