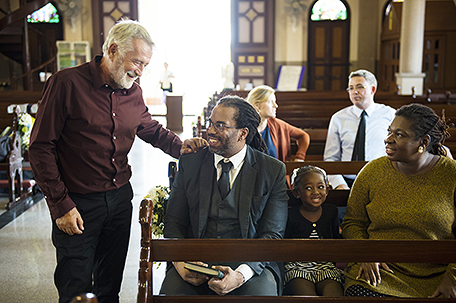 A church in Minnesota is asking its members older than 60 years old to worship elsewhere while the church closes to “reset” and welcome younger families.

According to the Grand Forks Herald, the Grove United Methodist Church in Cottage Grove, Minn. is closing in June and reopening in November.

A church memo to members asks that those over 60 reapply for church membership in two years.

“This is totally wrong,” said Cheryl Gackstetter. “They are discriminating against us because of our age.”

The church announced the plan in early January.

The church was founded about 30 years ago as the Peaceful Grove Church. It merged with another church, Woodbury, in 2008. Then, about seven years ago, the church said it could no longer pay for a minister for the church. Cottage Grove church then switched to lay ministry where members preach weekly sermons.

“This created a lot of independence. We kept it going,” said church founder Jim Baker. That’s why the members are so fiercely loyal, he said.

The church averages about 25 people weekly, but Rev. Dan Wetterstrom, head of the church, says the church wants to “reach new people.” They’ve asked that church members attend the Woodbury campus while the church restarts.

The Methodists’ regional Annual Conference is paying $250,000 to restart the church, including hiring a 30-year-old specialist, Jeremy Peters.

“It’s a new thing with a new mission for a new target,” said Peters, “and a new culture.”

He added that the older, core church members will not be barred from attending the Cottage Grove church.

“If they are on board with that, they are welcome to attend and engage,” said Peters.

Cheryl’s husband, William Gackstetter, said he’s still upset. He says the church has also asked them to maintain the church until it reopens — without them.

“They want us to mow the lawn and shovel the snow,” he said. “As if anyone would do that. This whole plan makes me sick. I believe it’s evil.”