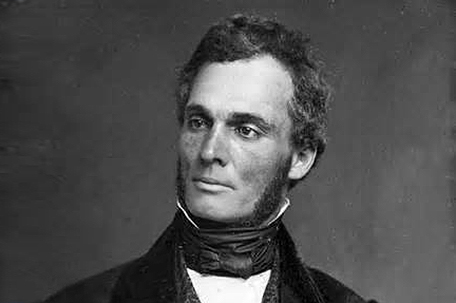 On Saturday, February 28, 1PM at Universal Hagar Spiritual Church, 2950 Germantown Ave., the work of the great black Philadelphia abolitionist Robert Purvis will be celebrated with the launch of The Adventures of Robert Purvis, a book for young readers  and an Essay Contest Award Ceremony. Historic Fair Hill, Inc. published the book and sponsors the annual awards contest. The guest speaker will be State Sen. Shirley Kitchen. “The Adventures of Robert Purvis” was written by Margaret Bacon, edited by Claire Griffin, and illustrated by Ned McConaghy. A reception will follow the Award Ceremony.

Winning students will read their essays, copies of “The Adventures of Robert Purvis” will be distributed at no charge to children from neighborhood schools, and Purvis will be remembered by guest speaker Sen. Kitchen. Essays are selected from those written by children attending seven schools within the Fairhill neighborhood, Zipcode 19133, where Historic Fair Hill is located. The contest topic is Robert Purvis’ work for freedom and justice for African Americans during the 1840’s – 1880’s.

Robert Purvis, described by the New York Times in 1880 as the President of the Underground Railroad, was born to a free African- American mother and a Scottish-American father, a cotton merchant. He attended the Clarkson School, an institution established by the Pennsylvania Abolition Society, and Amherst College.

When Purvis’ father died he left Robert considerable wealth. Purvis married Harriet Forten, daughter of James Forten, one of Philadelphia’s leading free black businessmen. Purvis dedicated his life to important issues related to African Americans’ experiences during slavery, the Civil War, and the decades after the war ended. His activities included participation in the American Anti-Slavery Society and in the Philadelphia Vigilance Committee, and lecturing in various American cities and across Europe. He earned the title of President of the Underground Railroad through his work harboring those escaping from slavery.

On the National Register of Historic Places, Historic Fair Hill is a 300-year-old Quaker burial ground – the final resting place of important Abolitionists and Reformers including Robert Purvis, President of the Underground Railroad; Lucretia Mott, 19th century Abolitionist and Women’s Rights activist; and Edward Morris Davis, a founder of the Philadelphia Union League.

The burial ground changed hands in the mid 1980s and fell into disrepair. It became a site for drug and criminal activity, and for a time the bordering corner of Ninth Street and Indiana Avenue was notorious as an open-air drug market. In 1992, a group of volunteers led by Margaret Bacon, biographer of Lucretia Mott, began to clean up the burial ground. They formed a nonprofit in 1993 to raise funds to restore the site. Working in partnership with community members, police, legislators, and volunteers, they addressed the drug and crime issues and restored the burial ground. Today Historic Fair Hill is a thriving green space operated as an environmental and history education center by Historic Fair Hill, Inc.

In addition to the gardens and orchard on the grounds, Historic Fair Hill manages five other community and school gardens used to educate school aged children in the areas of science, nutrition and history. HFH also provides a Youth Program for tweens & teens ages 11 – 16, a Reading Buddies program for neighborhood schools, a Book Drive for neighborhood schools, and serves as the coordinator for Tree Tenders in the surrounding community. One of the darkest locations within the Philadelphia city limits, Historic Fair Hill is also a site for Astronomy Night, hosted in partnership with the Franklin Institute.