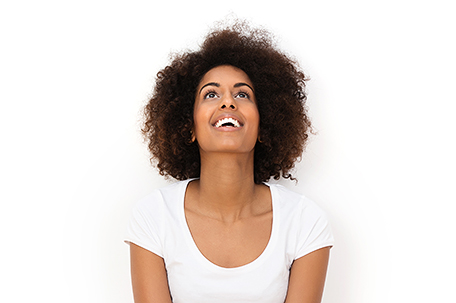 Our14-year-old son, Kedar had to have a root canal done on one of his teeth today. I was nervous about it and prayed it wouldn’t be too painful for him. I have heard plenty of root canal horror stories!

We found out last week that he’d need to have this done after a visit to the dentist. Here’s what happened.

Several years ago, Kedar chipped his front tooth. We took him to the dentist to have it repaired. All went well. Then, a little while after that, while roughhousing, he broke the tooth again. Thus, the process of repairing it had to be repeated. Thankfully, things went smoothly.

Well, last week, our teen broke the tooth yet again.

He slipped in the bathroom and fell after bathing. Poor guy. Though his face was a little sore from the impact, he was okay. He wasn’t seriously harmed; but he was left with his third deep chip in that front tooth.

Ironically, Kedar, who plays football, made it through an entire season without chipping that tooth. He took multiple hits, tackled other players, and was knocked to the ground plenty of times. No one was thinking a slippery floor at home would send him to the dentist for the third time, needing to have the tooth re-bonded.

So anyway, last week, when Kenya took him in for the repair, the dentist noticed a bit of bacteria. He said this is common when a tooth has been broken a few times. The bacteria gets into that area where the crack is, and can cause infection. Though Kedar didn’t have an infection yet, the dentist said he needed to perform a root canal to seal off the root of the tooth, thereby protecting it from bacteria and debris floating around inside his mouth.

If  Kedar got an infection, the dentist said he could end up losing that tooth. The root canal was a helpful preventative measure, albeit one that made the entire family nervous, including our usually fearless teen.

It didn’t help calm Kedar’s nerves any (or mine) when he researched root canals to educate himself. Some of the photos, videos and negative stories of those who’d had one done, were  scary, and intimidating for him. Yesterday, he was a bit anxious.

This morning, when time came for him to have his root canal, I braced myself. I waited while the procedure was being done, fully expecting him to experience extreme discomfort.

During the hour-and-a-half wait, I got a chance to see and talk to see our children’s dentist, an older Jewish man who owns the practice, about my miraculous healing from two autoimmune diseases. He was so happy to see me. He wept. It was my first time back since becoming gravely ill. I shared the details of that powerful and uplifting interaction in today’s podcast.

After Kedar was all finished, a nurse brought him over to where I was sitting. I looked up at him and he was … smiling.

Where was the frown I readied myself for?

“I didn’t hurt at all,” Kedar said as we were walking out. “I didn’t feel anything.”

Hours later, after the numbing medicine wore off, I asked him again, “How’s your mouth feeling?”

Still, with a smile, he responded, “It doesn’t hurt at all.”

What a pleasant surprise, right? I’m so glad. There we all were, expecting the worst and got the best outcome.

How many times do we brace ourselves for bad things when God has good things in store?

Friend, no matter how many horror stories you’ve heard or bad experiences you’ve had, God is about to give you some unexpected breakthroughs. There are great things on the way. Right now, shift your mentality. If you have been preparing yourself for more heartbreak, disappointment, or anticipating some sort of let-down, change mental gears. Instead of prepping for a negative outcome, anticipate a flood of favor and a harvest of blessings. Expect to see God’s overwhelming goodness in your life.

I know it’s not always easy to do that, especially if Satan is waving those past let-downs in your face and telling you, it’s always going to be like that.

He’s a liar. Deep down, you know that. That Satan is a deceiver and you already have an inner-assurance that God has a good plan for your life. Yet, you struggle, just like the concerned father did in Mark 9:14-29.

He had taken his son, who was possessed by an impure spirit, to Jesus’ disciples. Unfortunately, they failed to cast the spirit out. It pained this dad to watch his son being relentlessly tormented. During these awful spells, the boy would fall on the ground, convulse and foam at the mouth. The evil spirit had even tried to throw his son in the fire to burn him up, and into the water to drown him. His case was desperate.

By the time Jesus showed up, the caring dad was mentally depleted, physically exhausted and emotionally dejected. He wanted to believe, but was doubtful that anything would change. He had placed his confidence in the men that walked closest with Jesus and still, they failed him.

This father hadn’t just heard a horror story; he was living in one!

Doubt was trying to choke out his faith. This father, who was fighting for his son’s life, needed a spiritual root canal. He needed help protecting his faith from the bacteria of doubt that was infecting and affecting his ability to trust Jesus for breakthrough.

The bacteria, though it had not completely eroded away his faith, was working on it. The weakening of this dad’s confidence was apparent in what he said to the Messiah in verse 22: “…if you can do anything, take pity on us and help us.”

Jesus responded, ‘If you can’? Everything is possible for one who believes.”

In verse 24, the father said, “I do believe; help me overcome my unbelief!’”

As this exchange was going on, a crowd began running to the scene. And when Jesus saw this happening, he rebuked the deaf and mute spirit. The demon shrieked, caused the boy to shake violently, and then came out. For a moment, after the demon exited, the boy looked like a corpse. Spectators thought he was dead. But Jesus took the boy by the hand and lifted him up to his feet, and he stood up.

Friend, Jesus specializes in lifting people up. In fact, He is about to lift you up!

I know the bacteria of doubt has been trying to infiltrate your roots, too. Unbelief, sent by the enemy, is targeting you so you won’t stay rooted, grounded and steadfast in your faith. The devil wants to uproot you from your firm foundation built on the word of God.

But it won’t work, because, like Kedar’s dentist, God is stopping that doubt-bacteria before it can completely infect you and cause you to lose faith altogether. That is the purpose of this word: to fortify your spirit and seal your faith with confirmation.

Through this cup of inspiration, He is confirming that amazing breakthroughs are getting ready to happen. Just as God lifted up that hopeless and tormented boy, He’s lifting you up.

You’re coming up from the low place of depression; up from that pit of lack; up from your ditch of darkness and despair; up from the valley of the shadow of death.

He’s lifting you up and out.

Everything is getting ready to change for you. The attack of the enemy that has come to kill, steal and destroy, has been thwarted. Jesus has commanded Satan to leave you alone, so the enemy has to release his grip. The devil cannot have your mind, your family, your finances, your health, your mental and emotional stability, or your ministry.

God’s purpose on your life will prevail!

To remind you that He is lifting you up, I’m stirring Psalm 3:3 NIV into your cup of inspiration, which says, “But you, Lord, are a shield around me, my glory, the One who lifts my head high.”

As you drink down the contents of your cup, be grateful for this spiritual root canal. It is empowering you to say no to doubt and fear and elevate your mind. It is shifting you into anticipatory gear, as God is getting ready to elevate you in every way. You’re going to a entirely new level.

Since you have, in the midst of the valley, humbled yourself under God’s mighty hand, it is now your due season to be exalted (1 Peter 5:6).

You’re about to get lifted!

God’s about to surprise you!