BE INSPIRED: Don’t throw away your confidence! 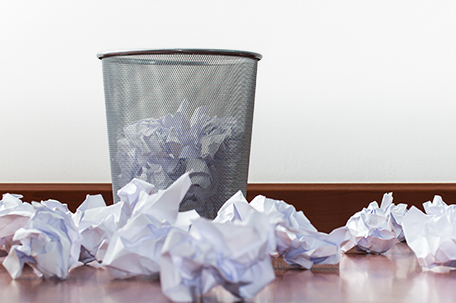 When I was in Bermuda in February, my assistant and I marveled at how clean the streets were. There was no trash anywhere. In Upstate New York, where I’m from, I see all sorts of debris on the streets and sidewalks.

As for me, littering is a no-no.

As a youngster, my parents always taught me never to do that and I guess it sort of stuck with me. Aside from being a criminal offense that can draw a hefty fine, throwing food and wrappers on the street pollutes the environment, and ruins the beauty of neighborhoods. I suppose most folks who use the street as a trash can aren’t thinking that deeply about it. I guess all they think about is getting rid of the unwanted item as quickly as possible. So it gets tossed.

Whether you litter or not (and I hope not), we all throw things away that we don’t value. But some things are far too valuable to discard, which is something the writer of Hebrews 10:35 recognized.

He said, “So do not throw away your confidence; it will be richly rewarded.”

In this passage, throw away is the Greek word “apoballó,” which means to cast away from or throw aside. It’s the same word used in Mark 10:50 when the blind beggar Bartimaeus learned that Jesus was calling him. In his excitement, the Bible says he threw aside (apoballó) his cloak, jumped up, and came to Jesus. It was alright for Bartimaeus to cast off a garment to hurry toward the Master who was able to heal him, but not so with your confidence in God

Here’s a bit of context on Hebrews 10. Here, the writer is admonishing believers not to throw away their faith for a specific reason.  The writer starts out by explaining how the shedding of Christ’s blood did away with the Old Testament-mandated animal sacrifices, rituals and ceremonial cleansing. This is good news. The blood of the precious Lamb was shed once and for all. Jesus only had to die one time to secure our salvation.

Glory to His name!

We celebrate that. But, back then, for people who were accustomed to the teaching of the Mosaic Law, they resisted this. The idea of not being required to offer yearly sacrifices to cleanse sin anymore was a radical idea. It was too out there, far-fetched and foreign to believe or accept. This new doctrine greatly differed from what they had known and accepted as truth for years. So the loyalists to the law rejected the theology of grace. Nevertheless,  there were large numbers of people embracing the new covenant that Christ sealed with His blood. As a result, they were experiencing true freedom.

With that freedom, however, came persecution.

They were mistreated and singled out for their faith, trust and confidence in God. In verse 32-34, the writer references imprisonment and even confiscation of property among the things the saints endured for the sake of Christ. Despite all that, he tells them, don’t throw away your confidence.

And that’s the word God is giving you today.

Just because times get hard and you face persecution, suffering, trials and all manner of tribulations, you can’t just throw away your faith like you do an old garment you don’t care anything about. Stand firm. Trust God anyway. 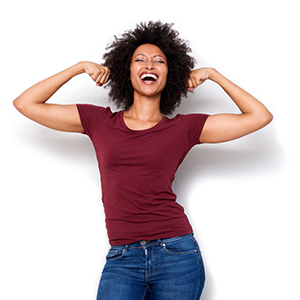 Keep pressing on! As Hebrews 10:36 says, “You need to persevere so that when you have done the will of God, you will receive what he has promised.” I know it might get rough at times, but God is there. He has great plans to do amazing things. Don’t give up. If you throw away your confidence now, you will never possess the promise. Satan wants you to give up on your faith. He hopes he can convince you that nothing will ever work out for you. He’s banking on you getting weak in faith and throwing in the towel.

Don’t do it. Don’t forfeit the incredible things God has for you. The best is yet to come. God will lift you up, increase you and elevate you. This is not the end of your story. It may look like you’re defeated, but it’s not what it looks like. God is faithful. Hold on to hope. The Lord will do what He said. He never fails to honor His word.

Every blessing with your name on it, you’ll receive. Every obstacle that stands in the way of your destiny, you’ll overcome. Every enemy that rises up against you, you’ll defeat. Every word God has ever spoken over you, you will see manifest.

In the meantime, don’t throw away your confidence. God is a promise-keeper.

To remind you of why it’s so important for you not to throw away your confidence, I’m stirring Hebrews 11:6 NIV into your cup of inspiration, which says, “And without faith it is impossible to please God, because anyone who comes to him must believe that he exists and that he rewards those who earnestly seek him.”

As you drink down the contents of your cup, remember, in order to possess the promise, you must possess faith in the Promise-keeper. He never fails. It is your belief in His faithfulness that is the key to unlocking the rewards reserved for confident believers.

Hang in there. Your breakthrough is on the way.