BE INSPIRED – As you praise God will work 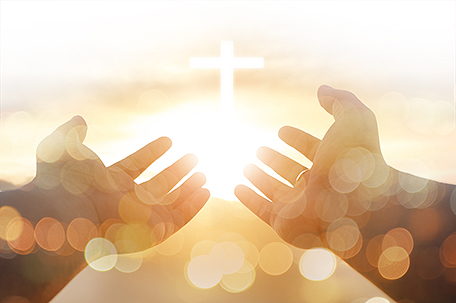 God used someone today to share a word with me that was so accurate, so on point, that there was no denying it had come straight from the Lord. The individual the Lord led to minister to me does not know the details of my life. We don’t talk. We don’t hang out. We met only once before and have not seen each other since that time.

But this morning, they became a vessel for the Master’s use and I am grateful.

All throughout biblical history, we see that God used men and women to be His spokespersons. He would send messages to encourage His people and give direction, as the Lord did in 2 Chronicles 20.

In this passage, enemies came against King Jehoshaphat, Judah and Jerusalem.  The Moabites, Ammonites, and Meunites were ready for war. But God’s people weren’t. They didn’t feel confident that they could win. So you know what Jehoshaphat did?

The king called a fast and consulted God. People from all the cities within Judah came together and sought the Lord for help. They started talking to God about how He was the one who had driven their enemies out before, and given them the land they were currently occupying. They reminded the Lord of His covenant with Abraham and how they built Him a temple, a dwelling place, to worship His name.

Israel further expressed that, without God, they had no power to defeat this great multitude coming against them. They admitted they didn’t know what to do and said, “But our eyes are upon You.”

God responded by sending an accurate word of clarity and encouragement through Jahaziel, the son of Zechariah, whose lineage was tied to the Levitical priesthood.  Jahaziel, who was being used as the Lord’s mouthpiece that day, said, “Do not be afraid nor dismayed because of this great multitude, for the battle is not yours, but God’s.”

God also told Jehoshaphat, “You will not need to fight in this battle. Position yourselves, stand still and see the salvation of the Lord, who is with you, O Judah and Jerusalem! Do not fear or be dismayed; tomorrow go out against them, for the Lord is with you.”

The next day, just as God said through Jahaziel, they didn’t even have to lift a finger against their enemies. Rather than fight, Jehoshaphat appointed people to sing to the Lord.

Let’s zone in on this.

Verse 22 says, “Now when they began to sing and to praise, the Lord set ambushes against the people of Ammon, Moab, and Mount Seir, who had come against Judah; and they were defeated.”

Talk about shifting the atmosphere!

When Israel worshiped, their enemies turned on each other and slaughtered their fellow soldiers. God’s people didn’t even have to fight. The word of the Lord came to pass. Then, after the war was over, when it came time to collect the spoils, strewn among the numerous casualties, Israel found precious jewelry and “more than they could carry away.”

In fact, the word of God says, it took them three days to get all the spoils because it was so much. Look at how the enemy was defeated after God was exalted! Worship led to victory. When the people called on the name of our God and lifted Him up, He showed up in a big way. The attack of the enemy not only didn’t work, but God flipped it and used it to bring increase into Israel’s lives. They went from being outnumbered by the enemy to being overwhelmed by God’s favor.

Give Him glory in the midst of the battle. Worship in the beauty of holiness. Things happen when you praise. Atmospheres shift when you worship. Strongholds are destroyed in God’s presence, which is exactly what you invoke when you glorify Him.

Do you remember in Acts 16:25, when Paul and Silas were in prison and they began to pray, and sing hymns to God? When they did that, verse 26 says, “Suddenly, there was such a violent earthquake that the foundations of the prison were shaken. At once all the prison doors flew open, and everyone’s chains came loose.”

When we touch God with our praise, He breaks chains, destroys yokes, releases captives and causes things to happen. The prisoners, who were in the presence of anointed worship, got set free, too!

No wonder praying and worshiping believers terrify the enemy.

Today, it might look like you’re at a disadvantage, but God sent this word to assure you that you’re not. Why? Because you have supernatural weapons. Use them and declare, this is not my fight; this is not my battle; it belongs to God.

God is for you. He is the one who vindicates you. He takes on the enemy. No matter how intense the attack, He stands ready, willing and able to defend you and set you free.

It may not look like it now, but God is going to spoil the enemy’s plan and give you the spoils of war. I know the enemy has used mighty weapons against you, but your weapons are mightier. And your God is greater!

To remind you of this truth, I’m stirring 2 Corinthians 10:4 NIV into your cup of inspiration, which says, “The weapons we fight with are not the weapons of the world. On the contrary, they have divine power to demolish strongholds.”

As you drink down the contents of your cup, stay focused on using your weapons this week. Get in your word. Pray without ceasing. Worship in spirit and truth. Declare that you are more than a conqueror through Christ. You are an anointed worshiper with power to drive out the enemy.

As you praise, God will work.

If you’ve been under attack in your faith, in your home, on your job, in your body, in your finances, in your relationship, or even your mind and emotions, use your weapons, and watch God shift things.

BE INSPIRED: God will do it quickly