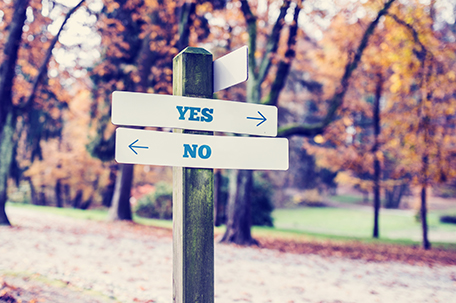 “I probably should have canceled,” I said aloud while slip-sliding on slick roads as the snow fell. Driving conditions were unfavorable.

Yesterday, meteorologists predicted a snowstorm and I had a 1PM appointment to keep. I was taking all four Hobbs children to see the orthodontist. Two were scheduled for their 6 month cleaning. The other two were having their dental appliances adjusted.

Since I had precious cargo with me, I was extra careful and mindful of the lake-effect snow warning that had gone out. Traffic was moving at the pace of a garden snail and I was concerned about getting stuck in white-out conditions that make it impossible to see anything ahead of you. I’ve had that happen before and I’ve got to tell you, being behind the wheel in a thick fog of swirling flurries is terrifying and dangerous!

Driving through a blinding vortex of snow is no joke, which is why, even after getting out there on the road, I contemplated turning right back around and going home. But I hesitantly kept going.

You see, the last accident I had was about 10 years ago. It was March 2006 in Philadelphia. I’ve shared this before, but in case you don’t know about it, here’s what happened.

My husband Kenya and I were expecting our fourth child and I was 8 months along. Being new to the region, I didn’t know my way around and didn’t see the red light at an intersection. I drove straight through it and—Bam!

A car slammed into the driver’s side of my vehicle and sent it spinning in the middle of a crazy busy intersection and careening through traffic. All three of our children were with me. I thought I might lose them and the one in my belly that day.

Around and around I went, jerking back and forth. Then, my SUV tilted up on its two left wheels. I just knew it was about to flip! Suddenly, I was looking at the asphalt coming toward my face. Witnesses said we should have flipped over, but inexplicably, the automobile seemed to snatch itself back up. Not only that, it somehow ended up perfectly parked next to a curb. It was totaled, but our entire family walked away from that collision.

I know that was nobody but the Lord.

Though the impact of the crash caused injury to my sciatic nerve and sent me into premature labor, none of the children had a single scratch on them. They were perfectly fine and little Kaleb, who will be 10 years old March 16—the day he entered the world as a result of a horrible accident—was born without any complications.

To God be the glory.

That crash in Philly made me a more cautious driver. I don’t ever want to be the cause of another wreck. That might help you better understand why I was reluctant to join other motorists outside braving the conditions yesterday during a snowstorm watch.

Buffalo, which sits on the eastern shores of Lake Erie, near Niagara Falls, is notorious for its vicious storms. When colder air blows in and hovers over the warmer air and water of the lake, something happens. The warm, moist air rises, cools and condenses, creating clouds. Then, the flakes start to form. Add in some gusts to carry the white stuff along and things can get messy fast.

I was expecting that to happen.

But after about 10 minutes, I noticed the conditions were improving. The closer I got to my destination, the better things looked. And we made it safely.

Then, by the time we left, the snow was no longer falling. The roads weren’t as icy. It was a fairly smooth trip and the storm that was predicted, though it looked like it was coming, never quite materialized.

Had I turned around because of the way things appeared, I would have missed that appointment for nothing.

Don’t miss your appointment in 2016 because you’re afraid to drive through the storm. God will favor you. Things will work out.