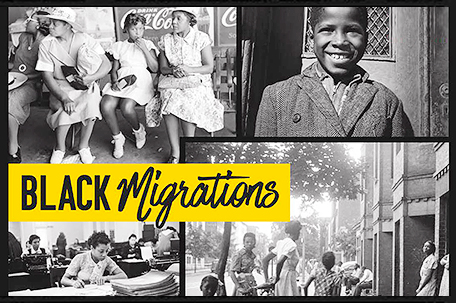 Members of the Philadelphia Heritage Branch of the Association for the Study of African American Life and History (ASALH) will hold their annual Black History and Proclamation Ceremony at the historic Berean Presbyterian Church, 2101 North Broad Street, Philadelphia PA  19122 on Saturday, February 9, 2019 from Noon-3:00 PM.

ASALH’s 2019 theme entitled, “Black Migrations” emphasizes the movement of people of African descent to new destinations and subsequently to new social realities.  While inclusive of earlier centuries, this theme focuses especially on the twentieth century through today.

Beginning in the early decades of the twentieth century, the Great Migration of 1915 was the first exodus of African-Americans from the South to Northern cities such as Philadelphia.

The second migration, during the 1940s, saw another wave of African-Americans relocating from Southern farms to Northern cities: from the South to the Northeast, Midwest, and West, from the Caribbean to the United States.

Also included in the program is a musical tribute and vendors will be available.  The ASALH Philadelphia Heritage members are hard at work to plan an informative program for ages 5 and up.