Angela White– ‘A Question of Faith’ 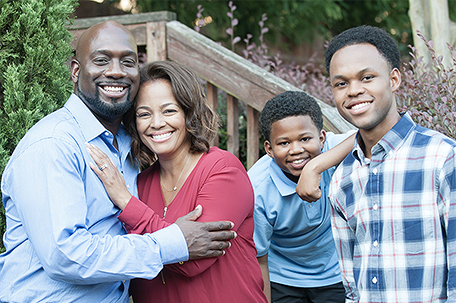 ABOVE PHOTO:  Richard T. Jones and Kim Fields with their co-stars in ‘A Question of Faith’

Angela White is a film producer, talent and business affairs executive and member of the Producer’s Guild of America who specializes in creating compelling, commercial material with a distinct perspective. She is the founder of Silver Lining Entertainment, a family-owned Multimedia Entertainment Company based in Los Angeles.

White earned a Bachelor of Arts degree from the University of Delaware prior to receiving a Master of Arts degree in Political Science from Rutgers University. While still at Rutgers, she produced the critically-acclaimed “Hypocritical War on Drugs.”

That riveting, PBS documentary conducted an uncensored investigation of the so-called “escalating war” on drugs. Even though the experience sparked Angela’s interest in the entertainment industry, she nevertheless decided to become a lawyer before launching her career.

Whether renting a movie or surfing cable TV or Netflix, one would likely have seen some of her recent films. Her impressive resume includes “Busted” which was released by Lionsgate in March and stars Rockmond Dunbar; the dark thriller, “The Sin Seer,” which was released nationwide last year and stars Isaiah Washington and Salli Richardson; the inspirational, made-for-TV film, “Who Can I Run To?” starring gospel artists Tasha Page Lockhart, Marvin Sapp and Jessica Reedy; and the romantic comedy, “My Favorite Five,” which stars Rochelle Aytes, Brian White and Jay Ellis. 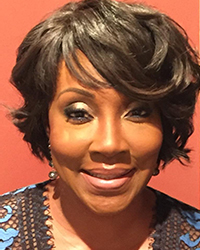 Kam Williams: Hi Angela, thanks for the interview.

Angela White: Hello Kam, thank you for allowing me to interview with you and I am happy to be here today.

KW: I was very moved by “A Question of Faith.” What interested you in the project?

AW: Kam, my executive producer, Dr. Cameron Lewis, woke up one morning and encouraged me to look for a “faith-based movie” for our next production, so I started to reach out to my network to see who had a good inspirational story and found ‘A Question of Faith’ after a long and extensive search. This script had some of the elements I was seeking and the writer was willing to allow me to develop the film into a broader story, which was essential to me and Dr. Lewis. The film evolved from the initial script and I brought the director, Kevan Otto, on board. He flushed the story out and made sure we were able to have a solid plotline from beginning to end that could be executed on screen.

KW: How did you go about assembling the cast?

AW: With all my feature films, I hire a casting director, and we start with a wish list of actor’s names that we think could embody the story and characters. My wish list never quite works out, but God always knows what he is doing as the cast was perfectly made for this film. We had an extensive casting call in Atlanta, and found at least a dozen, local Georgia residents, all of whom starred in the picture.

KW: What does it mean to you to be the first African-American female to release a faith-based film theatrically?

AW: It is a mixture of emotions from, “Wow, we are in 2017 and there are still firsts, to I am honored to carry that torch, as so many before me have done. I would not be in this position if it weren’t for the many African-American pioneer filmmakers who enabled us new ones to excel at our jobs.

AW: This film is for general audiences, as we discuss several, timely social themes relevant to all demographics. Everyone can understand and empathize with feelings of compassion, loss, anger, feelings of guilt, shame, and not being able to forgive. The film shows families in situations that most people can relate to or know people who have been in those situations and are seeking some form of guidance or comfort.

AW: ‘A Question of Faith’ is a powerful story about forgiveness, racial reconciliation and how God’s love, grace and mercy can work in your life. I would love for people to step back in their own lives and think about how they can be a better person to their fellow man, how they can learn that not forgiving can lead to years of anger and resentment that does more harm than good, how we are all one people, and how God only sees our heart. “A Question of Faith” transcends time, race, gender, class and religious ideology. This is a film that can open one’s heart and make a person reevaluate some of their own personal life decisions. We want people to walk away knowing the word of God is there to comfort you and that having faith in what you can not see is okay, as God has your life covered, and the questions you may have are already answered.

KW: “A Question of Faith” represents a bit of a departure for you. Were you more motivated by spirituality than profit in your decision to commit to the picture?

AW: I was motivated by working on a project that could impact lives and spread the word of God. When our team decided to enter into the world of faith-based movies, we knew of some films that had a good profit margin but we knew of so many others that did not do well. So, it was faith that allowed us to take a chance and work on a project that could affect so many lives and be in our personal walk with Christ. 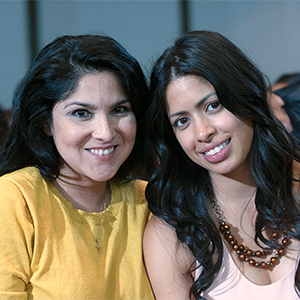 Jaci Hernandez and Karen Vallero in “A Question of Faith.”

AW: I was raised in the church, in particularly the African Methodist Episcopal Zion Church, most of my younger years. My parents always have put God first in everything that we do, and attending church growing up wasn’t an option for us. I play the piano and started playing for the church by the time I was 11 years old. So, church life has always been a strong presence in my personal life.

AW: I can go as far back as sitting with my parents in the doctor’s office at around 5 years of age, and being afraid of receiving a shot in my arm. My parents just comforted me, and I knew early on I would be okay.

AW: My mother. Mothers are the heartbeat of their children’s souls.

AW: Lasagna, as it is full of different ingredients. Just like us.

AW: For me, I would say early on I had to attend many functions where I was the only African-American child, and this impacted my life early on. I knew from an early age that I represented millions of people who had endured atrocities and yet persevered for my generation to be able to have a seat at the table. The first time I was ridiculed and attacked for the color of my skin was around the age of 7 when my parents first moved into an all-White neighborhood. These early memories defined me as I knew I would have to stand tall and strong for my family and my race. From that moment, I made sure that I excelled in school and within my career.

AW: My ancestors…. They paved the way for me to be in the position that I am in today.

AW: Hard question….. right now, it would be “peace.” Currently, society is dealing with so many troubling circumstances that chaos surrounds us.

KW: Harriet Pakula-Teweles asks: With so many classic films being redone, is there a remake you’d like to produce?

AW: I would love to redo “Claudine.”

AW: I just want people to take away that, no matter what happens in life, you can always pursue your dreams. And do not let anyone or anything deter you away from that. I did not attend film school and, today, I am creating movies that impact people’s lives.

KW: Thanks again for the time, Angela, and best of luck with the film.

AW: Thank you Kam and I really appreciate you taking the time of out of your schedule.

To see a trailer for “A Question of Faith,” visit: https://www.youtube.com/watch?v=StNvFjirQks