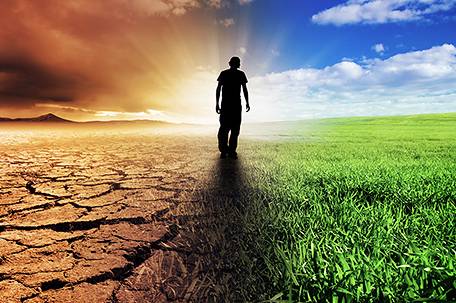 Tossed; Lost; Wayward; Stranded; Shipwreck. There are times, maybe right now, when you are in the valley. You cry out to the Lord in this valley time…and He appears to be M.I.A.; Missing in Action.

When we are going through things there is no worse feeling than feeling that you are all alone struggling daily to smile, hold your head up, have peace, or to have any kind of faith. A situation may be so painful that you cannot talk about it to anyone…and honestly there is nothing anyone could do for you even if they knew.  Simply put you need a miracle. You need God to speak into your situation. You need His hand in there rectifying the wrong. You need Him in there fighting your battle. You need the Lord to work according to His word! The very scriptures you are speaking and standing on is what you’re looking for from God to perform. However, you see no movement whatsoever! Where is the hand in my situation turning it around. It’s been days, weeks, months…dare I say years!

While we feel very much alone at this time we are neither the first nor the last person to have this desert experience. The Bible tells us of many who have been where we may now find ourselves. Let’s look at Joseph (Genesis 37-47).

You may be in a Joseph time. Joseph knew he had greatness ahead. He was favored by his father who gave him a coat of many colors that he made with his own hands.  He had dreams given to him by God. He saw himself in a greater position over his family. He saw his family bowing down to him in two dreams. He had the gift to understand dreams. He shared his dreams and got the anger of his brothers. They plotted against him. The originally wanted to kill him.

They throw him in a pit…sold him…lied to their father and said he was killed.  Joseph went on after being sold into slavery he went to work for Potiphar. Potiphar’s wife lied on Joseph that he tried to take advantage of her…he was then thrown into prison. While in prison his gift of dream interpretation was still working. Two men from Pharaoh’s service the chief cup-bearer and chief baker were sent to prison. He interpreted their dreams and he was correct. He asked the man who lived (the chief cup-bearer) to not forget him when he was free. However, he did…FOR TWO WHOLE YEARS!

Here is this young favored man. He saw himself in his dreams rise above his family. He was even favored by his father because his father made him a beautiful coat of many colors. He had a great gift. Yet he was hated, plotted against, sold off, made to be a slave, lied on, put in prison, and forgotten. Where was God? Seemingly He was M.I.A. If you look at the story as it is and put yourself in Joseph’s shoes…it just wasn’t fair! Why would God allow all this to happen? Joseph meant no harm to his brothers. After all the hardship and separation from his family Joseph was in a strange land. Yet he was forgotten two more years after helping someone.  I understand. Who hasn’t felt these ways or had similar if not exact experiences.

Yet I am here to tell you God was not M.I.A. While his brothers wanted to kill him, his oldest brother intervened and stopped them from killing him…there was God. He went to work for Potiphar the bible says Joseph prospered in all he did…there was God. Potiphar’s wife lied on Joseph because she wanted to be with him (the Bible says Joseph was good looking) Joseph didn’t fall to her. For such a crime he could have been put to death, yet Potiphar put him in prison…believe it or not there is God. While Joseph was in prison he rose up and the warden put him in charge of everything…there is God. Joseph had two men come to him in prison, the chief cup bearer and the chief baker to Pharaoh.

They were in prison because they were accused of trying to take Pharaoh’s life. These two men had dreams and Joseph used his gift to interpret the dreams accurately…there is God. One man was going to live and one man was going to die. The man who was found innocent Joseph asked him to remember him when he got free. Two more years go by and Joseph is remembered because Pharaoh had a disturbing dream. Suddenly the cup bearer remembered a man in prison who interpreted his dream…there was God. They cleaned Joseph up and brought him before Pharaoh…there is God. Joseph told Pharaoh of his dream that there will be seven years of plenty and seven years of famine…there was God.

Pharaoh immediately gave Joseph a ring indicating his power and position in his kingdom…there is God. Pharaoh gave him fine clothes and a wife…there is God. Joseph was made second in charge…there is God. Under Joseph grain was saved for seven years. When the seven years of famine came Joseph’s family had to come to his town as they were in need of food. Joseph’s brothers did not recognize him…there is God. They had to bow down to Joseph…there was his dream…there is God. He made them go back and get their father. Once they were all together he revealed who he was and was reunited with his family.

Let’s recap. Although Joseph went through horrible things God was always working in the background and foreground. As terrible as Joseph’s life appeared God was positioning him! He took time to make him a leader everywhere he went Potiphar’s house and prison. He sharpened his gift of interpretation and prepared him for the moment to met and interpret Pharaoh’s dream that meant life and death for many people. Because Joseph understood how to manage things from his time in Potiphar’s house and prison he was ready to manage the huge task of amassing grain for a seven year famine. Once the famine had begun his dream as young man was fulfilled in that his family bowed down.

When we go through in this life we feel the pain of the process. We ask, “Where are you Lord?! Don’t you see what I’m going through?!” We know He does and like the awesome God He is we expect Him to swoop in and remove us from this uncomfortable time. When he doesn’t we don’t understand. Yet, that’s what makes God great. He understands the plans he has for you and me. Jeremiah 29:11 says, “For I know the plans I have for you, declares the Lord, “plans to prosper you and not to harm you, plans to give you hope and a future.” He is making us. He is positioning us. He is faithful to use all these things for our good. Romans 8:28 says, “And we know that all things work together for good to them that love God, to them who are the called according to his purpose.”

You and I have a purpose and He is using the hard times for our good. Yes. He can use all things in our life and make it come out good! Trust in the Lord with all your heart lean not to your own understanding (Proverbs 3:5-6). In our understanding things aren’t good, fair, comfortable, or joyful…but…BUT on the other side, just around the bend, after the storm God will promote you, bless you, and bring to the place He has prepared for you.