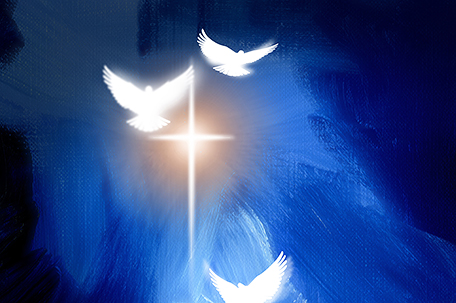 In a new study that kicks off its “State of the Church 2020” project, Barna Group reveals that U.S. pastors are most concerned about “reaching a younger audience” at the local level and “watered-down gospel teachings” and increased secularization at the national level.

For the survey, titled “What’s on the Minds of America’s Pastors,” Barna interviewed more than 500 U.S. senior pastors about their top concerns — both for their own church and for the American Christian church as a whole. Researchers plan to “dive deeper into the findings” throughout 2020, using new technology in conjunction with its first “State of the Church” report in 10 years.

Pastors’ Concerns at the Congregational Level

Slightly more than half (51 percent) of U.S. Protestant pastors report that “reaching a younger audience” is a major issue within their ministry. (Twelve percent list it as the top concern, while one-third list it as a top-three concern.)

Following close behind at 50% is a concern about “declining or inconsistent outreach and evangelism.” According to Barna, those results match up with its recent finding that increasing numbers of Christian Millennials aren’t fans of sharing their faith.

Pastors’ other top concerns for their own churches include “declining or inconsistent volunteering” (36%), “stagnating spiritual growth” (34%), “declining attendance” (33%), and “biblical illiteracy” (29%). At the bottom of the list are concerns about real-estate matters, economic models, and multi-campus management.

When asked about the U.S. Christian church as a whole, pastors express the most concern about issues related to secularization. The top two matters they cite are “watered-down gospel teachings” (72%) and “culture’s shift to a secular age” (66%). Those are followed by “poor discipleship models” (63%) and “addressing complex social issues with biblical integrity” (58%).

On a big-picture level, 56% of pastors say they’re concerned about “reaching a younger audience” with the gospel in America. Barna states: “When paired with data about aging pastors, the growing group of atheists, agnostics, and ‘nones,’ and declining church attendance among younger generations, faith leaders may well be getting a glimpse of the next generation’s tenuous relationship to the church.”

Other notable concerns at the national level include “prosperity gospel teachings” (56%), “political polarization in the country” (51%), and “church leader burnout/exhaustion” (40%). At the bottom of the list are concerns about challenges to the traditional church model and keeping up with technology trends.

Big-picture concerns about American Christianity garnered a stronger response than local concerns did. That, Barna notes, “alludes to many of the opportunities, debates, and divisions taking place within the church right now, from leader burnout to church abuse scandals to women’s roles in ministry.”

During a free webcast on April 28, Barna plans to launch new research and resources for church leaders. It will release the complete 2020 “State of the Church” results and introduce “Barna ChurchPulse,” a personalized church-assessment tool that offers pastors congregational insights that go beyond attendance records and giving statements.