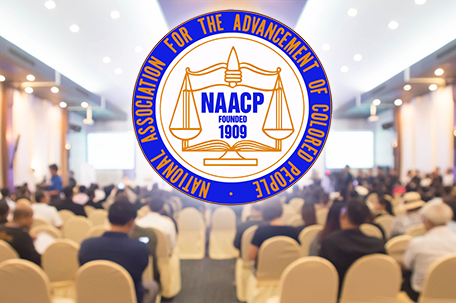 Baltimore — The 2016 election has begun a radical transformation of the civil rights landscape in the United States in ways that threaten to unravel decades of hard won protections.

Protecting communities of color from legislative attempts to further diminish civil rights protections represents a key line drawn in the sand by the NAACP, and serves as the focal point of the annual Federal Policy and Legislative Workshop during this year’s 108th National Convention.

“The slow dismantling of policies that support and undergird our nation’s civil rights laws and protection will neither be accepted nor tolerated by the NAACP. We plan to utilize our alliances with elected officials, Congressional Champions and our over 2200 membership units around the nation to fight back tooth and nail,” said NAACP Chairman Leon W. Russell.

Scheduled for Monday, July 24th, running from 2:30 p.m. – 4:30 p.m. in Hall F of the Baltimore Convention Center, One W. Pratt St., the Federal Policy and Legislative Workshop brings together members of Congress to discuss key “bread and butter” legislation and public policy issues facing the African American community during the first session of the 115th Congress. These issues include: Voting Rights; Policing Issues; Gun Control; Health Care; Labor issues; and overall Criminal Justice reform among other issues of grave concern.

Led by its Washington Bureau, the NAACP will also empower audience participants and our thousands of members as well as civil and human rights advocates from around the nation and world with updated Congressional Agendas; tools books; advocacy packets; legislative report cards; and action alerts, issue alerts, issue updates, and issue briefs on topics relative to our five “game changers,” and other appropriate educational material addressing our federal policy agenda.

“It’s important that our legislative and regulatory advocacy “ground-game” adequately pushes back against the callous ways in which this administration has attempted to turn the clock back on health care, voter protections, police reforms and civil rights,” said NAACP Washington Bureau Director Hilary O. Shelton. “The NAACP plans on ensuring that progressive policies that protect the basic rights afforded to our citizens do not become a thing of the past, but are advanced and strengthened for our future.” The event will be moderated by Shelton, along with co-moderator Mark Thompson, host of “Make it Plain” on Sirius XM Radio.

Additional members of Congress may join the event as well.