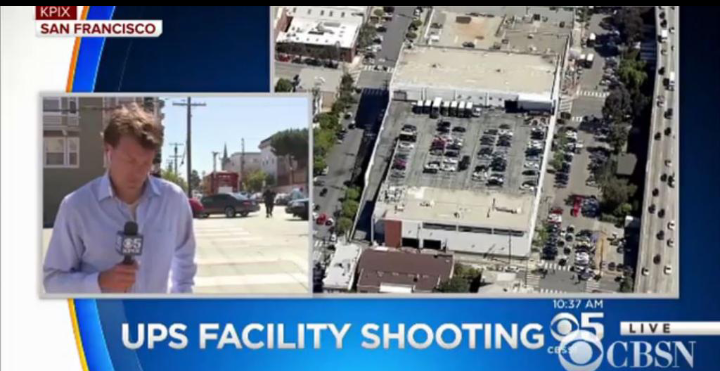 SAN FRANCISCO (CBS/AP) — Several people were killed in a shooting at a UPS warehouse and customer service center in San Francisco, according to CBS San Francisco.

The shooting Wednesday led to a massive police response and a shelter-in-place warning for the surrounding area.

UPS spokesman Steve Gaut told CBS San Francisco that several people were killed inside the building and he believes the shooter “turned the gun on himself.”

Zuckerberg San Francisco General Hospital received the victims, spokesman Brent Andrew said, but he did not know exactly how many people.

Auto shop owner Robert Kim said he heard about five to eight rapid gunshots. The next thing he knew, he said, “a mob of UPS drivers” was running down the street screaming “shooter, shooter.”

Police confirmed the shooting at the facility in the Potrero Hill neighborhood, about 2 ½ miles from downtown San Francisco but didn’t release further information.

Uniformed UPS employees were later led out in a line by officers next to a highway. They walked away calmly with emergency vehicles nearby and gathered nearby outside a restaurant.

The shooting led to a massive police response and a shelter-in-place warning for the surrounding area.

It came the same day a gunman opened fire on Republican lawmakers at a congressional baseball practice, wounding U.S. Rep. Steve Scalise of Louisiana and several others.