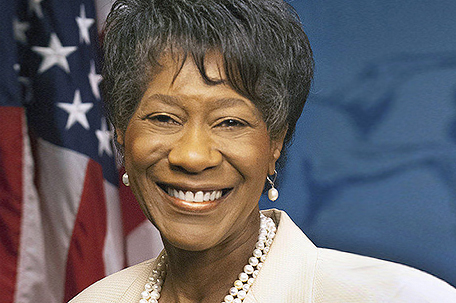 Youngblood, who represents northwest Philadelphia and is House Democratic caucus secretary, said the reforms passed by the committee will enhance Pennsylvania’s successful gaming industry, which has provided more than $11 billion in total tax revenue and created more than 25,000 jobs.

“It is no secret legalized gambling in Pennsylvania has been one of the major accomplishments of the legislature over the last decade,” Youngblood said. “In less than 10 years, we developed an industry from the ground up, built a model for regulatory integrity and reliability, and have since become the second-leading gaming state in the nation.

“But Pennsylvania must also recognize the limitations that have been placed on its gaming industry and adapt with growing technology,” she added. “It is vital that we adapt our laws with needed regulation and consumer protections, specifically when it comes to Internet gaming. The changes approved by our committee this week would help to continue to secure Pennsylvania’s place as a leader in regulated gaming.”

Youngblood hosted a policy hearing last session on iGaming, and said the overall sentiment was that legalizing and regulating the industry would provide much-needed protections against fraud, underage gambling and problem gambling. She said advocates for addicted gamblers, as well as advocates who fight to protect children online, support legalizing and regulating iGaming.

“The bill advanced out of committee this week will set the stage for a full debate on the need to protect consumers, children and problem gamblers from a currently unregulated Internet gaming space,” Youngblood said. “It places consumer protection front and center, while providing additional money for problem gambling treatment and addiction programs.”

Youngblood warned that lawmakers must not be blinded by the potential revenue from iGaming and other expanded gaming options. She said the policy must be focused on consumers, and not on filling budget holes or deficits in lieu of other, more effective sources.

“We cannot be driven solely by revenue when it comes to gambling,” Youngblood stated. “Pennsylvania must remain open to new ideas and new technologies, and include all stakeholders in the development of new policies, but it cannot forget the main purpose of this legislation: To protect consumers, children and addicted gamblers in any new gaming expansion. If that happens, Pennsylvania will continue to lead the way, and continue to see the benefits of a regulated and legal gaming industry.”

Youngblood: Officials must ‘think outside the box’ on ways to fund struggling Phila. School District