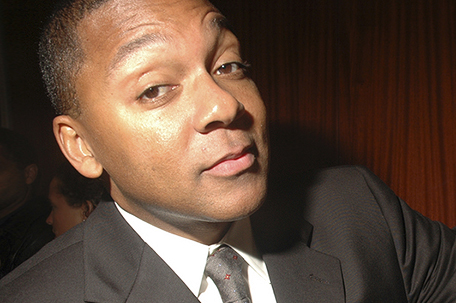 Mayor Michael Nutter announced last week that Wynton Marsalis, the jazz and classical musician, composer, and arts advocate, is the recipient of the 2015 Marian Anderson Award.

Marsalis, winner of a Grammy Award and a Pulitzer Prize, and honored with the National Medal of Arts, joins other recipients of the medal, including Sidney Poitier, Maya Angelou, Mia Farrow, James Earl Jones, Berry Gordy Jr., and 2014 winner Jon Bon Jovi.

He will accept the award at a gala concert Nov. 10 at the Kimmel Center.

Marsalis, 53, was born in New Orleans, son of the jazz pianist Ellis. He has raised more than $3 million to rebuild that city’s music scene and institutions since Hurricane Katrina. In addition, he has been a strong advocate for music education.

He has pushed for jazz visibility throughout his career and is one of the genre’s most recognizable figures. The critic Nat Hentoff once called him “the Pope of Jazz.” He currently serves as managing and artistic director for Jazz at Lincoln Center.

The award is named for the Philadelphia-born and -reared opera singer. It is given to artists who have affected society in a positive way beyond their given fields.

“From his work to rebuild and expand the strong arts and cultural foundation for which New Orleans is known, to his broader philanthropic contributions to nonprofits and arts education programs across the country, Wynton Marsalis embodies the positive change, inspiration, and hope that the Marian Anderson Award represents,” Nutter said in a statement.