Women in Media takes advocacy on the road in successful expansion 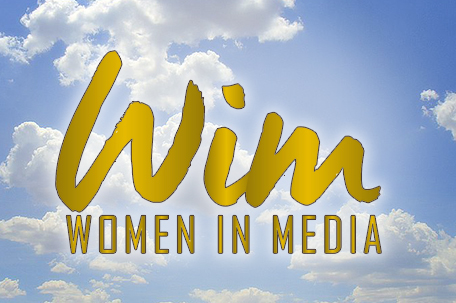 Nonprofit organization Women in Media (WIM) has made strides in the Philadelphia area to improve the imagery, advocacy, and empowerment message for women in the media industry since 2013.  After viewing a documentary falsely depicting women in the Philadelphia arts scene, the organization sprang to life to turn the negative imagery on its head.  Since then, they have had four conferences, helped to crush the glass ceiling, and inspire both women in media and those seeking to break into the industry to speak up and use their voices to affect change.  Women in Media has created quite a buzz since its inception, and with the fifth annual conference approaching in September 2017, exciting moves have been made, including an expansion project.

Founder and President of Women in Media, Danielle Paige Jeter, had a vision to spread the mission of her non-profit as wide as possible.  This past week, that vision came to fruition in Atlanta with her inaugural WIM Wednesday, an evening of networking with women in media and the men that celebrate them, and the Leadership Breakfast & Advocacy Discussion, an exclusive invitation-only gathering of 25 powerful women who discussed ways in which they can work to drive media progression forward for women.

Jeter had this to say about the past weekend’s success: “It is an exciting time for WIM as we approach the 5th Annual Women In Media Conference taking place on Saturday, September 23rd in Philadelphia! We had a great experience in Atlanta and look forward to building within the South. What we have discovered in just a short period of time is the need to support students, recent graduates, those interested in career changes, providing empowering platforms, leadership building, sisterhood, and professional growth! It is truly an amazing opportunity for WIM to expand our footprint and to connect with the Women In Media of Atlanta!

Our goals are the same but the vision is vast, we plan to move forward creating a similar platform for Atlanta, GA as we have done in Philadelphia, PA! Our mission is to empower, equip, and encourage women in media all around the world to own their voices, including those who are already in the industry or aspire to enter it. We welcome the opportunity for partnerships, collaborations, sponsorships, and community support as we build up!”

Atlanta was the second stop for WIM because Jeter has a long history with the city, as she attended Spelman College and has built a rapport with folks in the industry down there.  Atlanta is also rapidly growing in terms of the entertainment and media industry, bringing in an annual revenue of $7 billion dollars according to “Adweek” and coined “Black Hollywood,” as lots of aspiring creatives make the move to the southern state to advance their careers.

The week proved to be a big success for both Jeter and WIM, as the expansion went smoothly and all the women involved have been invited to participate in the WIM 2017 conference taking place September 23, 2017 here in Philadelphia at We Work Northern Liberties, 1010 N. Hancock St.  If you know a woman in media or an aspiring woman in media who may be interested in participating, donating, or learning more, email [email protected] or visit the website at http://womeninmediaglobal.org.