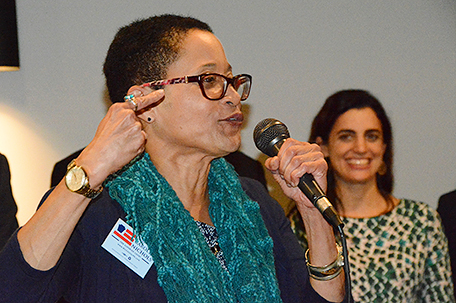 On Tuesday, the first general election held after last year’s contentious presidential race proved to be a referendum on law and order in the Commonwealth and on “Trumpism” throughout the nation. It also proved to be the year where several glass ceilings were shattered.

In Pennsylvania, women dominated in a groundbreaking appellate court race where they won all six open seats.

Several local and statewide judicial slots were filled, while others retained their judgeships for the next six to ten years.

In the race for Pennsylvania’s Supreme Court, incumbent Supreme Court Justice Sallie Updyke Mundy — a Superior Court judge who was appointed to the Court by Gov. Tom Wolf in 2016 to finish out the term of Justice J. Michael Eakin, who resigned in the wake of ethical misconduct charges — bested former Pittsburgh Steelers cornerback and Allegheny Court of Common Pleas Judge Dwayne Woodruff. Woodruff, who ran on the Democratic ticket, finished second in a very close contest. Chief Justice Thomas Saylor and Justice Debra Todd both retained their seats. 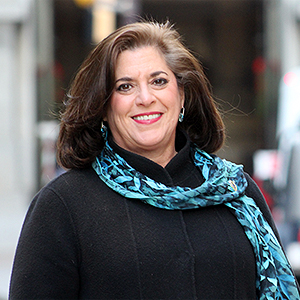 In the race for Commonwealth Court, Philadelphia Common Pleas Judge Ellen Ceisler and Delaware County Court of Common Pleas Judge Christine Fizzano Cannon, who ran on the Democratic and Republican tickets respectively, received the most votes, edging out former Pittsburgh Municipal Court Judge Irene McLaughlin Clark and Allegheny County attorney Paul Lalley for the two available seats. As a result, the court will maintain its Republican majority with a ratio of 7-2.

Ceisler will be the only Commonwealth Court Justice from the Commonwealth’s largest city.

“My priority as a Commonwealth Court judge will be what my priority has been for ten years on the bench in Philadelphia,” Ceisler said. “That is fair and equal access to justice, to treat every single case and every single litigant as if it is the most important case, and to give every case a full, fair, through and careful review, because this is pretty much the last line where citizens can go in the Commonwealth of Pennsylvania if they have a case against the [state] government, or if the government has a case against them.”

Nichols made history as the first African-American woman elected to this high court. She is humbled by the opportunity to make her mark on the tradition started by her father and other groundbreaking African American jurists of the 20th century.

“I’m a second-generation attorney. My dad was a Tuskegee airman and a young ADA under Richardson Dilworth, so I come from that tradition. He ran his own law practice for 50 years. As a Black attorney, he was very active in the NAACP fighting segregation and discrimination, so I come from that commitment to excellence and to justice. I bear it as a mantle, because I know I’m standing in his shoes, and the shoes of so many who have come before me — [Dr.] Sadie Alexander, [Judge] A. Leon Higginbotham, Jr.— all of these giants.” 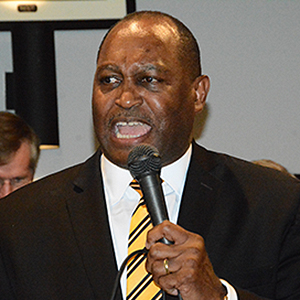 The elimination of implicit bias in the Superior Court is a top priority for Nichols.

“Over 60 percent of the people in the Pennsylvania criminal justice system are people of color, even though African -Americans are only 13 percent of the state’s population,” Nichols said. “Most of the cases in front of Superior Court concern people of color, specifically out of Philadelphia County. So, we need people to understand about unconscious attitudes they might have, and don’t know that they have.”

“There has been implicit bias training in the Philadelphia Court of Common Pleas, as well as the Philadelphia Police Department,” Nichols continued. “So I think it’s important to bring that same kind of commitment to the Superior Court and the appellate court[system] to eliminate implicit bias so that we can hold America to its promise of equal justice for all.”

In Philadelphia’s judicial races, nine judges were elected to the Court of Common Pleas. Among the winners are: Deborah Canty, Deborah Cianfrani, Lucretia Clemons, former Pennsylvania State Representative Mark Cohen, Vince Furlong (who cross-filed and won on both the Democratic and Republican tickets), Shanese Johnson, Vikki Kristiansson, Zac Shaffer, and Stella Tsai. Linda A. Carpenter, Ellen H. Ceisler, (who will be learning to serve as a commonwelath judge), Michael E. Erdos, Shelley Robins New, Rosalyn K. Robinson and Teresa M. Sarmina retained their seat for another 10-year term on the bench.

In the race for Municipal Court, Marissa Brumbach and Matt Wolf ran unopposed on the Democratic ticket and won two open seats.