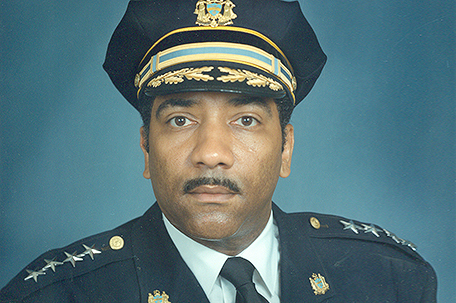 The Philadelphia Police Department will fly its flags at half-staff in remembrance of former Police Commissioner, Willie Williams.

Williams passed away overnight.  He was 72-years old, and living in Atlanta, Georgia.  Born in 1943, he became a Philadelphia Police Officer in 1962.  He rose steadily through the ranks, being promoted to detective in 1972, Sergeant in 1974, Lieutenant in 1976, Captain in 1983 and Inspector in 1986 before being appointed to Commissioner in 1988 by then Mayor, W. Wilson Goode Sr.

Williams had been commissioner for a year when current Commissioner, Richard Ross, was sworn in as a rookie cop.  Commissioner Ross credits the former commissioner with impacting his path to PPD leadership, “He truly was my inspiration.  He was the guy who set the tone for me, and let me know right away that I could do this.”  Ross admired Williams’ even-tempered yet firm leadership style.

Williams’ appointment reverberated across the city… starting at home.  His son, Willie Jr. is now a lieutenant in the department.  The elder Williams appointment resonated beyond his family.  Public Affairs Commander, Lt. John Stanford was a grade-schooler, when the senior Williams became commissioner, and recalls, “That was a name I knew even before I was thinking of pursuing policing as a profession.  Seeing a face that looked like mine was powerful.   To this day, it means making sure I do my job the way it’s supposed to be done.”

On behalf of the department, Commissioner Richard Ross offers condolences to the Williams Family, his friends and the members of the policing profession.

Ross appreciates the man who inspired him to grow in the department, saying, “I’m just grateful I knew him.  He is one of my heroes in this profession.”