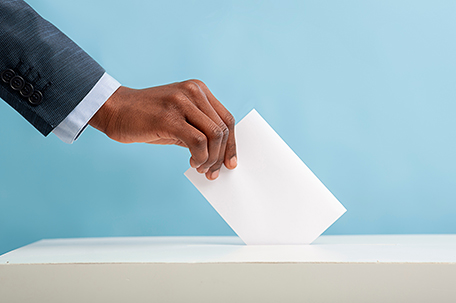 While most of the spotlight will be on the candidates for the U.S. Senate and Pennsylvania governor, Philadelphians have some important questions to consider.

In addition to the candidates for various political offices that voters will be considering during Tuesday’s Pennsylvania Primary, Philadelphians will be asked whether they want to make some changes to the City’s Home Rule Charter.

In order for these changes to take place, a majority of voters must vote in favor of the question. While some are fairly innocuous, others would change the way that the city protects its most housing insecure residents and oversees development.

While most of us have never used the Zoning Board of Adjustment, the first question on the ballot concerns the makeup of this board. Currently, the mayor is allowed to pick five people from any background on the board, which handles appeals of decisions from the Department of Licenses and Inspections.

If the ballot question passes, the makeup of the board would increase from five to seven. Of those seven people, one would have to be an urban planner, another an architect, a lawyer with zoning experience, a person with construction experience and at least two community members. While the mayor could still appoint the board, City Council would have to agree with them before they’re appointed.

Questions two and three on the ballot would make a home rule charter written at the city’s inception reflect modern times. If approved, the charter would be gender neutral, meaning that instead of using “policemen” or “firemen”, the charter would read “firefighter” or “police officer” instead.

This continues the trend toward a gender-neutral charter that began in 2019 when members of City Council were changed to Councilmembers instead of “Councilmen” or “Councilwomen.”

The final question would make enshrine the city’s Fair Housing Commission into the City Charter. Although the body, an independent commission that administers and enforces laws related to landlord/tenant matters and fights unfair rental practices, has been around since 1962, it’s not a part of the Charter and could potentially be disbanded. If the question is approved, it would require another vote to disband it.

Unlike the Republican and Democratic primaries, which are closed, all voters are permitted to vote on the ballot questions.

Election Day is Tuesday, May 17.

Here’s What We Know… (Part One)