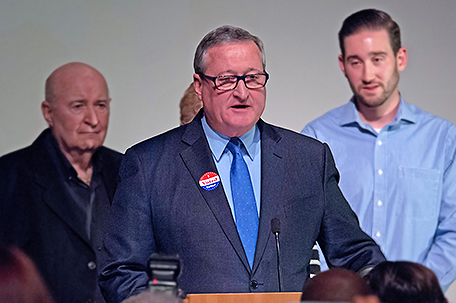 Now that Election Day has come and gone, quite a bit has changed… and some things haven’t.

I’ll start this wrap-up of Tuesday’s elections by sharing a result that should depress the hell out of you. 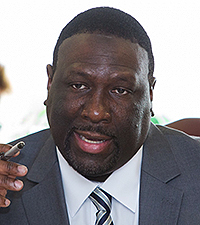 Now why should that depress you? It should depress you because (a) Clarke, despite being one of the three people in charge of helping people exercise their right to vote, didn’t vote himself for several years and (b) He apparently isn’t really fond of coming to his job, which pays him more than $100,000 a year.

And if that isn’t enough, Clark was the top vote getter among the commissioners on Tuesday, which means that most of the people who did vote for commissioner, voted for him.

You know, now that I look at what I’ve just written here, the fact that only about 250,000 of the 995,216 folks registered to vote in Tuesday’s general election doesn’t surprise me as much as it did. I mean hey, if the top vote getter for the office in charge of making sure folks can vote doesn’t even bother to do it, why should I, right?

It appears that a lot of Philadelphians felt that way, which is why there were very few surprises.

For example, former City Councilman Jim Kenney became the 99th mayor of the City of Philadelphia by a resounding margin over his Republican challenger Melissa Murray-Bailey.

In fact, the margin was so resounding that the race was called 15 minutes after the polls closed at 8 p.m.

The Mayor-Elect spent Wednesday morning at a South Philadelphia elementary school talking transition and hanging out with little kids. He’s promised to try and solve the city’s poverty problems, work on the schools, and, well, make the police understand that the laws apply to them too. I’ll touch more on that in a minute. 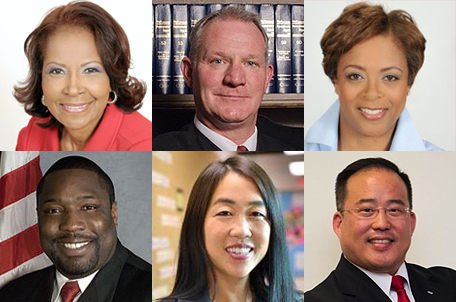 Another non-surprise, especially since Councilwoman Cindy Bass was the only person with an opponent, is that all of the District Council incumbents on the ballot—City Council President Darrell Clarke, Jannie Blackwell, Curtis Jones, Kenyatta Johnson, Cindy Bass, Mark Squilla, Bobby Henon and Maria Quinones Sanchez—were re-elected to their seats.

It was also no surprise that State Rep. Cherelle Parker won the Ninth District City Council seat being abdicated by her mentor Marian Tasco. Or that another Tasco mentee, Derek Green, will be joining education advocate Helen Gym (who was the top vote-getter among at-large candidates, by the way), and realtor Allan Domb as Council At-Large newbies. Or that incumbents Bill Greenlee and Blondell Reynolds-Brown will be returning to council.

But although incumbents tend to survive in Philadelphia politics with little problem, the City Council At-Large race on the Republican side appears to be proving that wrong. In fact, the drama that is unfolding in this race has made it too close to call. 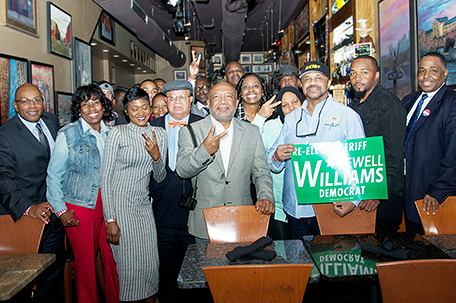 Jewel Williams reelected as Sheriff celebrated with family, friends and supportors at 1518 located in the 1500 of Samson Street on election evening. – (Photo / H Michael Hammie)

As I’m writing this, David Oh, despite a concerted effort by Republicans who felt he was far too willing to work with his Democratic colleagues on Council, has retained his seat. It also appears that the second time was the charm for Al Taubenberger, who is slightly behind Oh according to the current numbers and slightly above incumbent Denny O’Brien, who was also a target of that concentrated Republican effort. 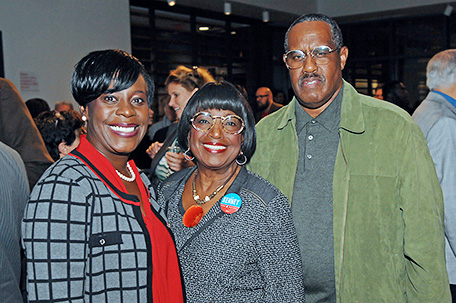 Because fewer than 1,000 votes separate these three candidates, we’re going to have to wait a moment for the final bell for this prizefight for the right to influence what Mayor-Elect Kenney actually gets to do in his mayoral term.

Let’s get back to that.

Kenney might want to try a little bit of everything at the all-you-can-eat buffet that is the city’s issues, but there are things he’s going to have to snack on first. The city’s schools are a mess, and having Gym on council is going to force that issue. We’re a city with a 26 percent poverty rate, and we can’t grow until we address that.

And don’t get me started on that whole “police reform” thing.

Because he’s not Mayor Michael Nutter, which is probably the only thing he needs to be to have this happen, Kenney will probably have a better working relationshp with City Council, something he’ll need to get any of his ambitious plans realized.

But one thing I’ll hand the Mayor-Elect is that he also realizes that nothing is going to work without buy-in from rank and file Philadelphians. Toward that end, he’s started the website kenneyforphiladelphia.com to solicit ideas. He’s also planning a series of town hall meetings to let residents have their say.

Hopefully, people will take the opportunity to weigh in via these outlets…especially since we can’t seem to get them to the polls…

Election? We had an election?