What About Our Girls?? 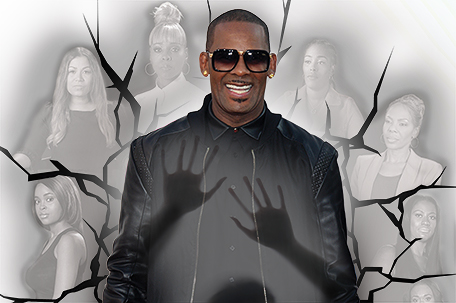 The documentary “Surviving R. Kelly” brought the issue of sexual and domestic abuse in the Black community to the forefront. But what happens next?

Right now, thanks to the Lifetime documentary “Surviving R. Kelly”, you couldn’t blame the R&B superstar for wanting to be anyone else.

On Tuesday, Gerald Griggs, the Atlanta-based lawyer for Timothy and JonJelyn Savage — the parents of a young woman Kelly is alleged to have sexually abused and imprisoned and who are featured in the documentary — told the Associated Press that he had been contacted by the Fulton County prosecutor’s office regarding Kelly’s relationship with the Savage’s daughter, Jocelyn.

Prosecutors in Cook County, Illinois, where Kelly was tried and acquitted of child pornography charges in 2008, are also asking women with claims of abuse by Kelly to come forward.

Kelly’s also being denounced by many of the performers he has worked with including Chance The Rapper, and most notably, singer/actress Lady Gaga, herself a survivor of sexual assault, who now says she “regrets” her 2013 collaboration with Kelly, “Do What You Want (With My Body).”

“What I am hearing about the allegations against R. Kelly is absolutely horrifying and indefensible,” she said in a statement on social media. “I think it’s clear how explicitly twisted my thinking was at the time. If I could go back and have a talk with my younger self, I’d tell her to go through the therapy I have since then, so that I could understand the confused post-traumatic state that I was in. I can’t go back, but I can go forward and continue to support women, men, and people of all sexual identities, and of all races, who are victims of sexual assault.”

The three-night, documentary co-executive-produced by journalist dream and based on much of her reporting, features women who have in many cases been telling their stories of mental and physical abuse, sexual assault and trauma at the singer’s hand for years.

Kelly has denied all of the allegations and is hoping to put together a website, “Surviving Lies” to refute them. He had initially tried doing it as a Facebook page, but the page was shut down.

The documentary has spurred more of the same long overdue conversations that were starting to be had during comedian Bill Cosby’s sexual assault trial. Cosby was convicted in 2018 for sexually assaulting former Temple University employee Andrea Constand and is currently serving a 3-to-10 year sentence for his crimes.

What makes this series of conversations different, however, is the centering of Black women, which is what all of Kelly’s alleged victims have in common, said Laquisha Anthony, an education and training specialist for Women Organized Against Rape and founder of V.O.I.C.E (Victory Over Inconceivable Cowardly Experiences.)

“We’ve had some mixed reactions,” she said regarding the calls WOAR has had since the documentary’s airing. “A lot of survivors have been triggered by this, but it’s led to a community conversation that’s allowing the voices of Black women to be amplified,” she said.

One of those women is Stephanie “Sparkle” Edwards, an R&B singer who worked on the song ”Be Careful” with Kelly in the 90s. She met Kelly in 1989 while he was working with Billy Ocean through a girlfriend and went on to do background vocals for much of “Age Ain’t Nothing But A Number”, the debut album of the late singer Aaliyah. It was revealed in the documentary that Aaliyah and Kelly were married with the help of doctored identification when she was 15.

Edwards didn’t hear the stories alleging inappropriate conduct between Kelly and the young women he worked with until she left his camp in 1999 due to creative differences. After that, members of his circle called her and said that things between he and one of his protégés, her niece, didn’t look kosher.

When the tape of Kelly allegedly demeaning a young girl while having sex with her surfaced and went nationwide, it broke her heart.

The girl was her niece, and that revelation led to a schism in the family.

“When I called my sister, it wasn’t a good conversation,” Edwards said. “I was estranged from my family for 10 years because of this. But at first, I didn’t see anything, because I wasn’t looking for anything. Her uncle [a musician who played with Kelly] and parents were around. I didn’t think anything would happen.”

During the documentary’s airing, streaming requests for R. Kelly’s music went up by 16 percent on Spotify. Social media was filled with men like Tariq Nasheed, who charged the filmmakers and Lifetime with using the media to defame a Black man, similar to what was alleged during the Cosby Trial.

Some Blacks even alleged that other men brought down by the #MeToo movement such as Harvey Weinstein and Kevin Spacey were getting off light because there was no documentary about their exploits, despite the fact that a simple Google search would have shown there was.

Those reactions were head scratching to many.

“I’m not surprised, but I’m baffled by it,” Edwards said. “When I was dealing with it way back when, I used to hear things like ‘These girls are fast!’ I hated to hear that. Don’t turn these girls away. They have enough to deal with because of what’s happened to them. My niece is beautiful on the outside, but I know that she’s screaming on the inside. She’s screaming.”

But what happens after the memory of the documentary has faded and a new celebrity scandal has come to take the R. Kelly scandal’s place?

It’s a matter of making people understand that what happened to the girls and women in “Surviving R. Kelly” can happen anywhere, even Philadelphia.

“We need to make sure that we’re having conversations about sexual violence across the board in our everyday communities,” Anthony of WOAR said. “We keep this in the public eye by hosting forums, utilizing education and prevention services, and allowing people to be educated so that we can keep the issue out there.”

The media also has a role to play, said Ernest Owens, vice president-print of the Philadelphia Association of Black Journalists. For journalists overall, and journalists of color in particular, asking tough questions about these issues is important.

“We have a responsibility to ask these questions,” Owens continued. “We have to inform the public. A lot of Black journalists in dealing with public figures are sometime afraid of tearing a person down. The only person who can tear a person down is the person who committed the crime. That’s a common myth that’s protected sexual predators. If we can’t hold our own accountable, who can?”