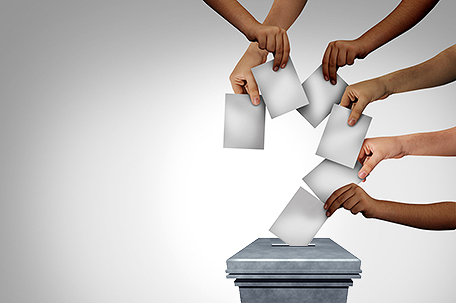 As part of the Nov. 3 elections, Philadelphians have some decisions to make, and many of them involve criminal justice reform.

Should the city borrow $134 million of money to improve parks and recreation centers and foster economic development?

How about changing the charter to curtail the random use of the police practice of Stop and Frisk?

Should we create an office of victims advocate for the families impacted by gun violence or other forms of violent crime?

How about a Citizens Police Advisory Commission that would be overseen by City Council and would have the power to demand body camera footage and other evidence collected at the scene of officer involved shootings?

Those are four things that voters will be asked to vote on during the Nov. 3 General Election in the form of ballot questions. Ballot questions usually appear on either the right or left side of the ballot, so you have to look for them.

Question 4 is a ballot question that asks if the city should take out a $134 million bond. Should it pass, the money would be used to improve mass transit, improve the streets and sanitation, fix up parks, recreational areas and museums and provide money for economic and community development.

Question 1 calls upon the Philadelphia Police Department to stop the practice of stopping and frisking people based on things other than a reasonable suspicion that the person being frisked has committed a crime. Should this pass, it would be written into the City Charter.

But the two questions that have been drawing the most interest focus on two of the city’s hot button issues: police reform and gun violence.

Should it pass, Question 2 would change the city’s charter to create an Office of the Victim Advocate for the City of Philadelphia.

This office would serve as a clearinghouse for families in situations where such a thing is useful, said City Councilmember Kenyatta Johnson, the creator of the ballot question.

“This office will provide mothers, fathers and families access to support services in a central hub that’s local,” Johnson said. “We want to make sure that people know their rights. The issues in Philadelphia are unique. We’ve had almost 400 homicides this year. It needs our undivided attention.”

The idea came from a special sub-committee of City Council’s Special Committee on Gun Violence, which Johnson chairs. The parents who belonged to this committee felt believed that the issues that they faced as parents dealing with a catastrophic loss needed more attention, Johnson said.

In addition to connecting families to services by partnering with groups that are providing such services as grief counseling, finding money to bury a loved one without judgement, and providing training to families who want to set up their own anti-violence organizations, the office would also allow those most impacted by violence to have a seat at the table, Johnson said.

“This office would give these families a voice when it comes to public policy, especially as it relates to violence,” he said.

Should the ballot question pass, the goal is to have the Office of the Victim Advocate up and running in late 2021, Johnson said.

The last ballot question, Question 3, tackles something that’s been a big part of the national political discussion: police accountability and what it looks like.

Question 3 would change the city charter and create a permanent Citizens Police Oversight Commission. This commission would replace the Police Advisory Commission, the police oversight board whose Executive Director, Hans Menos, recently announced that he was stepping down.

The advisory commission would be overseen by Philadelphia City Council, something that would make the office make more sense, said Rev. Mark Tyler, pastor of Mother Bethel A.M.E. Church and co-director of the Live Free program for POWER (Philadelphians Organized To Witness Empower And Rebuild).

“One of the big changes here is that it takes the commission out of the Mayor’s office,” he said. “Because the Mayor also selects the Police Commissioner, it’s a conflict of interest. [The advisory board] can’t be truly independent because they and the police commissioner report to the Mayor. It’s like making someone choose between their children.”

The commission would, should it be approved, also have something that the current advisory board doesn’t: subpoena power. Right now, for the advisory board to get information from the police department in the form of body camera footage and other investigative information needed to get to the bottom of a police brutality complaint, it doesn’t have the power to force compliance, Tyler said.

Once the commission is approved by voters, how well it works will be determined by City Council, Tyler admits.

But what the organizers of this effort hope will happen is that City Council looks at the examples of places like Chicago and others cities that have strong Police Commissions and do something that might be represent a radical change in a city that often resists those.

This commission needs a budget and investigators that will have full access to everything connected to an officer involved shooting. We’re looking forward to something that is new and will break the mold.”

Election Day is Nov. 3. For more information on the ballot questions, go to the Committee of Seventy’s website at seventy.org.