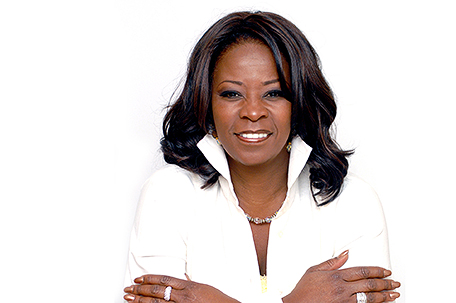 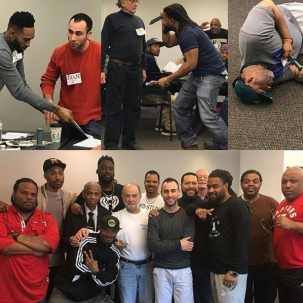 The relevance of the play strikes a chord with Darcell whose more than 25 years in radio were spent in Baltimore, Norfolk and Charlotte. She is currently on both Detroit’s Mix 92.3 (where she has spent most of her career) and here in Philadelphia on WDAS FM for the past four.

Pertaining to Darcell’s theatrical talents, 12 Angry Men is the twenty-second stage production that she has produced and directed. Her resume includes the success of six Philadelphia shows of Ntozake Shange’s For Colored Girls Who Have Considered Suicide When the Rainbow is Enuff and performances of Eve Ensler’s Vagina Monologues benefitting shelters for women of domestic violence and their children.

Recent cases resonate with the radio vet as to why she chose to direct 12 Angry Men which was originally done as a television play before being adapted to stage in 1957.

“The recent release of Philadelphia’s Anthony Wright after being found guilty by a jury and spending 25 years in prison for a rape and murder he didn’t commit, speaks volumes to the importance of the jury deliberation process.”

“It’s a long-time dream of mine as a producer and director to address this issue,” says Darcell referring to injustices and outcomes of high profile court cases decided by a jury.

The play tells the story of twelve men as they deliberate the guilt or acquittal of a defendant on the basis of reasonable doubt. The case at hand pertains to whether a young man murdered his own father. The jury is further instructed that a guilty verdict will be accompanied by a mandatory death sentence. These twelve then move to the jury room, where they begin to become acquainted with the personalities of their peers. Throughout their deliberation, not a single juror calls another by his name because the names are unknown to the jurors. Several of the jurors have different reasons for discriminating against the defendant: his race, his background, and the troubled relationship between one juror and his own son.

Darcell is proud of the talent she is working with from the city.

“The multicultural cast features some of the most talented actors in Philadelphia from around the country and they are all compelling and will leave you speechless,” says Darcell.

“A person’s guilt or innocence is determined by a jury, which regardless of the evidence, still brings personal “isms” to the jury room. The high-profile court verdicts of O. J. Simpson, Jodi Arias and Trayvon Martin continues to resonate from the courtroom as it did in this 1957 film.”

Darcell also drives home the importance of people of color participating on juries instead of running from jury duty.

“Many people when they receive a summons to participate in the jury process do whatever they can to get out of it.  In order to be tried by a jury of your peers—“your peers” [people of color] must participate. 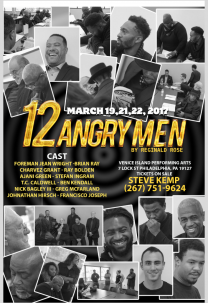