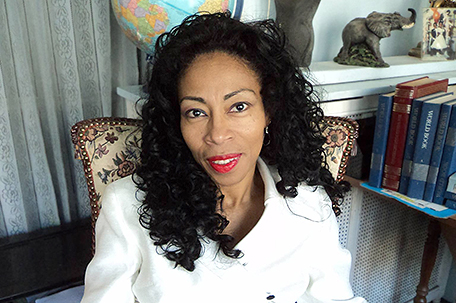 As Election Day draws near, the scramble for voters support is intensifying among the candidates vying for the 190th legislative district seat.  Community advocate Wanda Logan, like her competitors, continues to press the flesh and stomp the campaign trail, determined to convince district residents that she is their candidate.

Logan, who has run for this seat three other times unsuccessfully, is convinced that the fourth time will be the charm.

“As a community advocate, I have been fulfilling the duties and responsibilities of the job,” said Logan, who believes the district in dire need of sustainable leadership and accountability.

The 190th legislative district seat is being hotly pursued by a large pool of candidates, including the incumbent Vanessa L. Brown, who is one of the political officials targeted in a corruption sting being prosecuted through District Attorney Seth Williams’s office.

However, Logan is focused on resolving the economic, social and educational crisis she believes is plaguing the district. She represents the change that’s needed there, she said.

“Our community is in turmoil —unemployment, crime, home foreclosures, disintegrating families and neglected senior citizens—and little has been done to stem the tide of the collapsing infrastructure” Logan said. “I have been on the job and in my role as a community activist, I believe that I have performed almost everything that a state representative does.”

Logan believes that her contribution has impacted the district and speaks for itself. She’s hosted job fairs, and has provided providing service to the displaced and elderly, as well as other community services.

However, in spite of a multitude of efforts, Logan believes the district needs “progressive change” to ensure the revitalization of the community in a changing a political landscape.

“The political scene has changed and the issues being faced by today’s citizens—young and old alike are more complex,” she said.

The citizenry in the 190th legislative district, according to Logan, want the City’s critical educational issues addressed to ensure employability for their children; they want affordable housing: they want to curtail home foreclosures and they want the immediate needs of seniors addressed.

If elected, Logan pledged to “Get it done!.