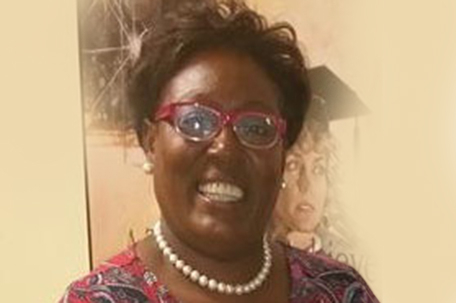 Before she became a homeowner, Tracey Gordon didn’t understand just how important it is to know the inner workings of your government.

She’s running for City Commissioner because she hopes to teach everyone else that lesson.

[Editor’s Note: The City Commissioner’s office is usually one of those places that is generally seen and not heard. But this year, due to several problems with the office, a lot of people are paying attention to this office this year. There are six people running for the Commissioner’s office and as part of the SUN’s Election Coverage, we sat down with one of them, community activist Tracey Gordon.]

There’s a lot that you end up learning as part of the home buying process.

From understanding mortgage interest rates to knowing where the best schools are, home buying can be an education in the good, the bad and the ugly of having a place to live.

Among the things that Tracey Gordon learned when she bought her home in Southwest Philadelphia is how important it is for homeowners to know who their elected officials are and how having that knowledge can keep you from being blindsided by things.

For example, do you know who your ward leader is?

Gordon hopes to fight that ignorance by becoming a City Commissioner. She had served as a deputy commissioner under current commissioner Stephanie Singer and hopes to bring what she’s learned to the three-member body.

The SUN spoke to Gordon about her plans for the office should she win, the importance of civics, and why the voting process here in Philadelphia might need a little shaking up.

SUN: Thank you for your time today Ms. Gordon. I guess that my first question for you is, what made you decide to run and what kind of response have your received on the campaign trail?

TG: I was a deputy commissioner for two years. During that time, we were dealing with the Commonwealth’s Voter ID law and that allowed me to go into the community and work against this effort to cancel out our civil liberties and right to vote. I decided to run because I feel that I did a lot of things as a deputy that were very successful. I increased voter turnout in the 40th Ward. I’ve learned the day-to-day operations of the office, and I feel like I would be a better advocate than anyone else. I’ve been getting an excellent response because I was an activist before I became a Deputy Commissioner and people already knew me.

SUN: You say that you would be a better advocate for voting than anyone else. Care to elaborate on that?

TG: I think that I could do more to get people to come out and vote. Voter turnout is low in Philadelphia and people don’t expect there to be more than a 17 percent turnout for this election. That means that if there are 100 people in a room, only 17 of them will be voting. Seventeen people shouldn’t be allowed to make the decisions for the rest of us. I think that I can better explain the consequences of what happens when you don’t vote and how they affect your everyday life.

For example, look at the last Governor’s race. The reason why so many people came out is because they saw the effect of [former Gov. Tom] Corbett’s administration on schools. You saw high school students with no counselors trying to figure out how to fill out financial aid forms so that they can go to college. A lot of their parents couldn’t help them, and they had to try and do it themselves. There were everyday human needs that were being affected. This is a democracy. You have to be able to understand and be a part of the process. If you’re a part of the process, you can make the decision to select the candidate that best serves your interest. You have the power to vote them in and out. I feel like I’m best qualified to help people understand that.

SUN: That’s obviously not happening now. Why do you believe that is?

I was ignorant about all of this before I bought my house. I didn’t know anything about this. And that’s a problem. You should know these things by the time you’re 18 so that you can be a participant in your government.

SUN: But how would you change it?

TG: I’ve already implemented some ideas in the 40th Ward. I did voter education. I went to the stakeholders and explained the consequences of not voting. I told them to call five people and get them to the polls and we broke voting records. We gave people books that showed them how to run for elected office. I would duplicate this citywide. I would also partner with the state assembly to make it mandatory to teach Civics.

If you know who your elected officials are, this empowers you. You can’t be manipulated. They’ll know that they work for you.

SUN: Now the City Commissioner’s race is getting a lot of attention this year, something it doesn’t usually get. Among the reasons for this are some of the internal problems with the office, some of which involved you, and the fact that one of the commissioners hasn’t voted in the last few election cycles. Did that influence your decision to run?

TG: There was a lot of controversy with this commission. When she hired me, and I’ll give her credit for this, Stephanie Singer touched a nerve with the ward leaders. How dare we educate people on how to become committee people! They want to control the vote.

That the sitting chair doesn’t participate in the voting process makes no sense. I think that everyone on the commission should get handed an absentee ballot because we’re overseeing the election and since you have to open and close the voting, you can’t get to your home precinct.

SUN: What would you like for voters to know about you as they go to the polls on Tuesday?

TG: I want people to know that if I’m elected, I’m going to make sure that they know who their ward leaders and committee people are. I want them to know that I’m a Super Voter (voter who participates in every election) and I have day-to-day experience with voting operations. I’m independent, I have a proven track record, and I’m a fighter for democracy.

SUN: Thank you for your time Ms. Gordon.