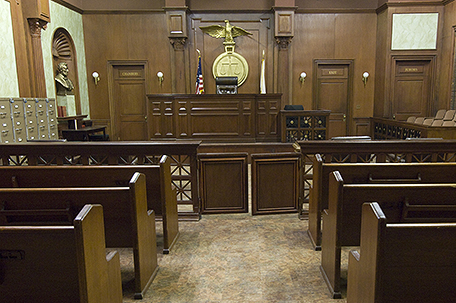 The May primary elections gave Philadelphia’s voters the chance to pick a preliminary slate of judges and nominees  for District Attorney. From now until November 2, they can vote to formally put them in office.

On Nov. 3, City Council’s Special Committee on Gun Violence is scheduled to meet and discuss the progress that Philadelphia’s criminal justice apparatus — the police, judges and the District Attorney — has made in slowing down a murder rate that was 14% higher than last year’s at press time.

But on Nov. 2, Philadelphians will be able to express their opinions about this criminal justice apparatus by casting their votes on judges and the District Attorney.

There are also four ballot questions, one of which would call on Gov. Tom Wolf and the State Legislature to legalize marijuana, and another would create a line of financing for the city’s housing trust fund.

Eight seats in the city’s Court of Common Pleas are up for grabs. Surviving a 15-person field in the May Democratic primary were: Nick Kamau, Wendi Barish, Betsy Wall, Chris Hall, Michelle Hangley, Craig Levin and incumbents Cateria McCabe and Daniel Sulman. There are also 17 judges up for retention.

Three Municipal Court seats are also up for grabs. Democrats Greg Yorgey-Girdy, Michael Lambert and George Twardy Jr. will be vying for those positions. Nine municipal judges are also up for retention.

Should Lane win, she would be only the second person of color currently serving on one of the state’s higher courts.

But the race that should be the marquee contest in a general election tilted toward criminal justice is the race for District Attorney.

Yet, unless you pay regular attention to such things, you might not know a race is going on, especially since the incumbent, Democrat Larry Krasner, seems to be practicing an “Ignore him, and he’ll go away” campaign against Republican nominee and defense attorney Charles Peruto Jr. The combination of Philadelphia’s 2-1 Democratic voter registration edge, and the fact that Peruto Jr. isn’t really campaigning all that much himself, gives Krasner a reason to be confident in his re-election.

Voters will also have the chance to let their feelings be known with their decisions on four referenda placed on the General Election ballot.

One question would require $25 million to go to the City’s Housing Trust Fund. The $25 million would ensure that the trust fund, which is financed by developers and helps finance such programs as the city’s Basic Systems Repair Program, has what it needs to keep working.

Another question would create amending the City Charter to create a Department of Fleet Services to manage city-owned vehicles and alternative vehicle fuel programs.

October 18 is the last day to register to vote in person at the polls.

October 26 is the last day to apply for a mail-in ballot if you don’t want to head to the polls, but that ballot must be submitted to the County’s Board of Elections by Nov. 2. For more information, visit: www.philadelphiavotes.com.