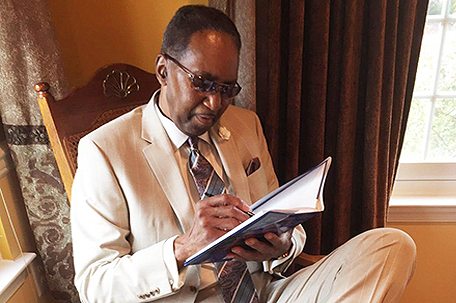 The National Federation of Black Veterans Network (NFBVN), an organization striving to recognize veterans who have contributed their time and resources to the community,  is shining the spotlight on . Meyer Daniels, and his new book, “The Square Runners”, the autobiographical story of a band of brothers committed to doing what they can to survive — even if that means selling goods on the Black Market.

Daniels was compelled to tell this story because a fellow comrade and revered member of The Square Runners, Rodney Chavis, the glue that held the men together, couldn’t tell it himself.

“He wanted to write the book himself, but he was involved in an accident that killed him and a few of his family members,” Daniels said “He had some notes he had been saving, and I thought to myself ‘I gotta write this story while all my marbles are in my head’.”

To write the story, Daniels attended focus groups where they gave him sound advice on editing, dialogue, and writing styles in order to self-publish this story.

“I did three to four rewrites, it took five years to get it to the point that I was ready to print.” he  said. 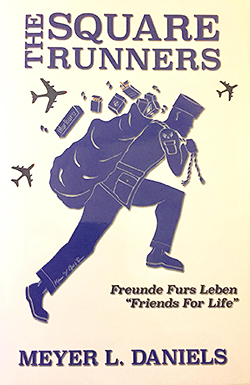 “The Square Runners” tells the story of a group of men stationed in Germany during the period of 1961 to 1966 who faced unimaginable racism on base, resulting in three race riots during this time. These men, roughly 60 in total, banded together and decided to make extra wages for themselves and their families by buying cartons of cigarettes termed ‘squares’ on base for $1.50 and selling them on the black market for $10. There was an investigation on the operation, but they covered their tracks, as any experts would do, to pay off the authorities. They became brothers and created names for themselves; Daniels was known as ‘Gypsy Rose’. He says in order to figure out why he got the moniker, “you have to read the book.”

Through the obstacles they faced both on base and in life, the men stuck together and formed a bond well after their days in service. In fact, they have committed to meeting once a year in a different city for the past 54 years.

While many have passed on, they still hold true to their tradition of gathering together and sharing the good times. Some of them still speak German, the language they became so accustomed to, while others practice and listen intently as the language has almost escaped them entirely. “It’s rare to have contact with comrades after service, so this group is invaluable.”

The Philadelphia Sunday SUN had direct contact with Mr. Daniels, informing him of NFBVN and has since decided to take his story to the organization for their review. This As a result, Daniels will be holding a book signing for the upcoming NFBVN Holiday Meet and Greet Meeting taking place on Thursday, December 7th at the New Freedom Theater from 6:30PM-8PM, see below flyer.

Be encouraged to attend this meeting to hear more about Daniels’ fascinating life and his many journeys in Germany through his time in the service as well as through membership as a Square Runner.