Update on North Philadelphia infant attacked by racoon: will take year to recover 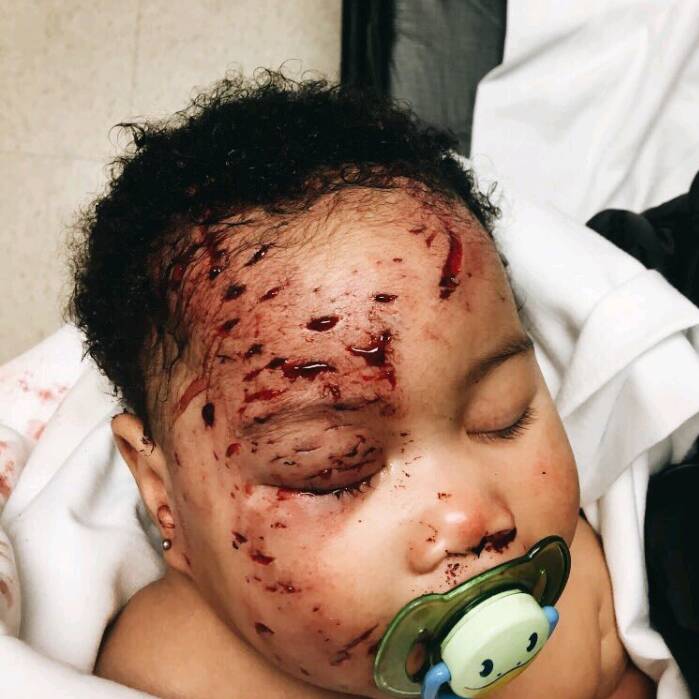 A baby had to undergo surgery after being attacked by a raccoon inside a North Philadelphia home earlier this week.

Four-month-old Journi Black is on a long road to recovery after a raccoon attacked her inside a home on the 2100 block of North 22nd Street on Wednesday night.

“It’s just ridiculous,” said Samuel Black, the girl’s father. “My daughter could have lost her life.”

Animal control officers set a trap for the raccoon to prevent this from happening again. Doctors told the family it will take at least a year for the baby to fully recover.

“My daughter was laying on the bed sleeping and I went to take my son to the bathroom. We heard a sound upstairs and we see a raccoon run down the steps,” said Ashley Rodgers, the child’s mother. “When I finally got to her, she was laying on the floor so it had dragged her off the bed, across the room, and she was bleeding and crying and her whole face was red.”

It’s been mere days since Rodgers moved into the home with her daughter and 6-year-old son, Jordan. Other tenants also reportedly rent rooms there, though no one inside would come to the door or speak on-camera.

A spokeswoman for the city’s Licenses and Inspections Department tells Eyewitness News the homeowner, who purchased the property in May, does not have a rental license and that if he is renting rooms, he is doing so illegally.

“It needs to be shut down. Everybody needs to leave out of there,” Rodgers said.

Rodgers says she contacted her landlord after the first raccoon sighting earlier in the evening, something neighbors say is common, especially with trash in the area.

“It’s terrible around here with these raccoons, yes it is,” said Barbara Butler.

Rodgers says her landlord told her he had chased the raccoon out. But after the raccoon attacked the baby, the landlord rushed her to the hospital. The family says it intends to pursue legal action.

“It is his responsibility. There’s no reason an animal should have gotten into the house with minors,” Black said.

Eyewitness News reached out to that landlord; he first hung up on us then called back to say everything has been resolved and to contact his lawyer. However, he would not provide his attorney’s name or number. Meantime, the baby is still in recovery at St. Christopher’s Hospital and has had her rabies shots.

Officials will have update at noon on mold at John B. Kelly school