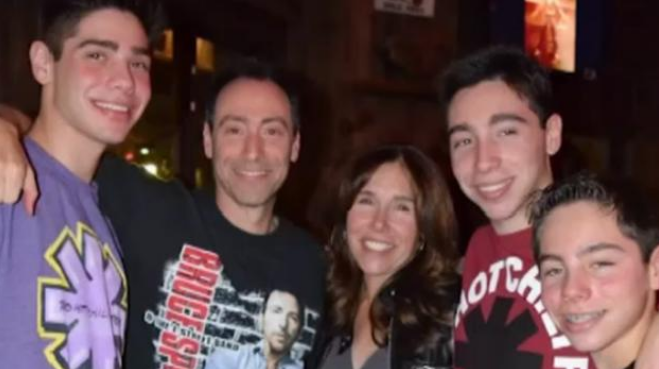 WPVI–A University of Pennsylvania student, along with his parents and two brothers, were among the 12 people killed in a plane crash in Costa Rica.

William Steinberg was on board the plane that crashed shortly after takeoff around noon on Sunday.

“Many of us knew Will very closely, he was such a wonderful person who blessed Penn with his amazing smile everyday,” read part of a post on the Facebook page for Penn’s class of 2021.

The other victims include his parents, Bruce and Irene Steinberg, and his brothers Matthew and Zachary of Scarsdale, New York.

Rabbi Jonathan Blake of the Westchester Reform Temple in Scarsdale said in a statement posted on the temple’s Facebook page that the Steinbergs were involved in philanthropy and local Jewish groups.

Meanwhile, in St. Petersburg, Florida, Rabbi Jacob Luski of Congregation B’nai Israel said Monday that victims’ relatives had informed him that four members of his congregation were also on the plane.

“It is a tragedy that the Drs. Mitchell Weiss and Leslie Weiss and their two children, Hannah and Ari, died in that terrible crash,” he said. “They were a wonderful family who will be missed.”

A 10th American passenger and two crew members were also on the plane.

At a news conference Sunday, Enio Cubillo, director of Costa Rica Civil Aviation, said the Nature Air charter crashed shortly after taking off just after noon Sunday from Punta Islita on a planned flight to the capital of San Jose. He said investigators were looking into possible causes.

Cubillo identified the pilot as Juan Manuel Retana and described him as very experienced. Former Costa Rican President Laura Chinchilla said via Twitter that Retana was her cousin.

The same plane had arrived in Punta Islita on Sunday morning from San Jose and was delayed in landing by strong winds, Cubillo said.

Costa Rican President Luis Guillermo Solis Rivera offered his condolences to the families of the victims via Twitter and said the cause of the crash would be investigated.

Nature Air did not respond to phone and email messages.