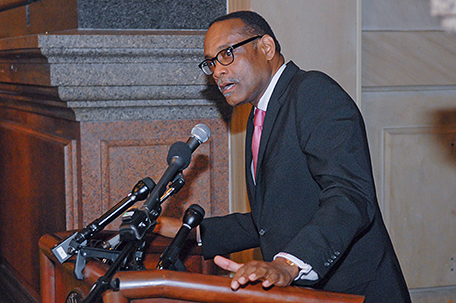 On November 24, 2017, a federal search warrant was executed at the personal residence and offices of Rahim Islam, President and CEO of Universal Community Homes (“Universal”) and at Universal’s corporate headquarters.

An emergency meeting of Universal’s Board of Directors was conducted that evening in order to take immediate action.  The Board voted unanimously, having received Mr. Islam’s agreement, to place him on administrative leave.

The purpose of the Board’s decision was to allow Mr. Islam time to focus on his legal affairs.

The Board of Directors had also been advised that Mr. Islam received a target letter from the federal government making him the focus of an investigation.

No further detail is available at this time.