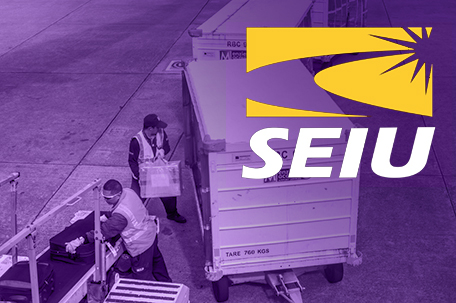 PHILADELPHIA  — Hundreds of contract workers at Philadelphia International Airport are getting laid off as flight cancellations soar because of the spreading coronavirus, a labor union official said. Gabe Morgan of Local 32BJ of Service Employees International Union said some workers received layoff notices Wednesday, and he estimated that 600 to 1,000 of its members were laid off through Monday.

“They are attempting to push whatever problem they are having onto the lowest paid people. And these are folks who can’t afford to miss a week of pay,” Morgan said.

Airport spokesperson Florence Brown would not speculate about potential job cuts by the companies that operate there.The largest portion of the workers are employed by American Airlines subcontractors PrimeFlight Aviation and Prospect Airport Services. Prospect Airport Services Inc. said it would begin layoffs at the Philadelphia Airport starting on last Sunday.

In a statement, Prospect said demand for its services at the airport has fallen as a result of the coronavirus pandemic, but hoped the layoffs would be temporary. The union represents 1,400 subcontracted workers such as wheelchair attendants, baggage handlers and cabin cleaners at the airport. Morgan said the layoff is expected to affect between 50 and 80 percent of all those workers.

A company official with PrimeFlight Aviation Services declined to comment. Morgan said the union is asking city and federal officials to step in, among other things, to require that any government funding to help the industry be tied to contract workers keeping their jobs instead of only direct employees of airlines.

Union staff are helping people quickly file for unemployment or other benefits. But, Morgan said, that means weeks of waiting for income for a group of people most often living paycheck to paycheck.

Morgan said some employers are finding ways not to layoff contract workers during virus closures. He said the union has worked with the owners and operators of commercial office buildings in downtown Philadelphia, who employ close to 5,000 contract employees for maintenance, cleaning and other services to make sure those employees keep their jobs and go to work as long as rents are being collected.

“There are other ways to do this,” Morgan said. He said there are union food service workers and non-union contract workers at the airport who are likely to also be affected by layoffs, but he did not know how many or if the food service union had received any notices.