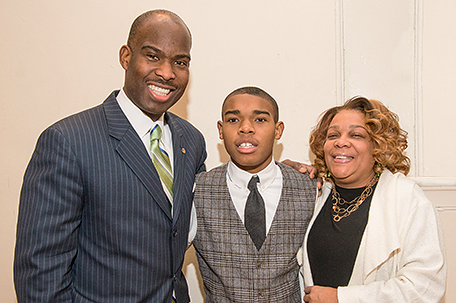 “Do not waste time in denial or grief”

Councilman At-Large Derek Green and Terri Matthews, founder of Jaden’s Voice, partner for a special event on April 9 in honor of National Autism Awareness Month.  The Autism Awareness Community Open House, from noon to 3, marks the official grand opening of Jaden’s Voice’s West Philadelphia office that will offer programs and services directly to families in the community.

The free event will have information and resources provided by Jaden’s Voice and United Healthcare. There will also be giveaways and light refreshments. 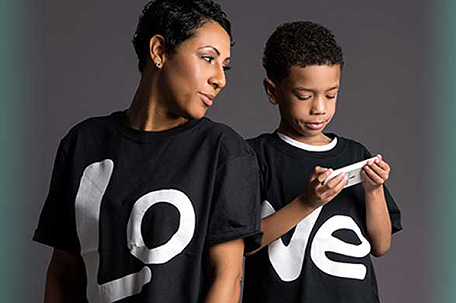 Both Green and Matthews are long-term advocates in the autism community and both have children who have been diagnosed with Autism Spectrum Disorder (ASD).

ASD and autism are both general terms for a group of complex disorders of brain development. Autism spectrum disorders appear in infancy and early childhood, causing delays in many basic areas of development, such as learning to talk, play, and interact with others.

According the Pennsylvania Autism Census, from 2005 to 2011, the number of Philadelphians diagnosed with ASD increased by 116 percent from 2,152 to 4,617 individuals with ASD of all ages.  48 percent percent of individuals receiving services are African-American.

Receiving the diagnosis can be overwhelming.

“Do not waste time in denial or grief,” emphasized Green.

Autism is the fastest growing disability in the United States.  There is controversial national debate and conversation that autism may be caused by vaccines. However, according to Autism Speaks, an autism science and advocacy organization, there is no one cause of autism, just as there is no one type of autism.  Scientists have identified a number of rare gene changes or mutations associated with the disorder and research has identified more than 100 autism risk genes.

“The earlier a child with autism receives services, the more likely these services will have a profound impact on their future,” says the Councilman-at Large

“Partnering with Jaden’s Voice provides an opportunity to work with an organization that is truly dedicated to working with children and families that desperately need advocates that can aid them in getting the best help for their families,” says Green noting that the event is also part of his ongoing autism initiative as Chair of City Council’s Committee on Disabilities.

Matthews, mother of three, points out that the signs and symptoms of autism vary widely, as do its effects. Some autistic children have only mild impairments, while others have more obstacles to overcome.

“Every child on the autism spectrum has problems, at least to some degree, communicating verbally and non-verbally, relating to others and the world around them and thinking and behaving flexibly,” she said.

Julian was diagnosed when he was close to three. The director of his day care center noticed that he was not socializing with other children and was not using a lot of words.

Like most parents, we [Green and his wife Sheila] were initially shocked and in denial. However, we quickly turned that energy into advocacy to help Julian. Initially, yes, we were able to receive therapeutic support services (TSS) at his day care center and then we were able to enroll him in half day autism focused support services.

Do not take no for an answer. As parents or guardians, various agencies or organizations will try to limit, reduce, or deny services for your child. Always push for what you and your child deserve for their welfare. It truly takes a village to raise a child with Autism. You should seek assistance from family and friends to help. Use your child’s interests as a way to expand their world. From art to sports, these interests can help your child to grow and learn.

We have always had Julian in a mixed mainstream and Autism focused environment.

Most health insurance does not cover all the costs related to autism, however, the PA Autism Insurance Act of 2008 has made things easier for children, parents, and caregivers dealing with Autism. At the time of Julian’s diagnosis, health insurance through public assistance was the primary source of coverage.

Due to an increase in awareness, more people have a better understanding of Autism. In the past, some people who are on the Autism spectrum were not diagnosed until they were older. There is no cure for Autism and it affects families of every race, creed, and background.

Green says some resources that can be helpful for autistic children are the Philadelphia Autism Project, Center for Autism, St. Christopher’s Hospital for Children, Children’s Hospital of Philadelphia, Green Tree School.

On April 22, as Chair of City Council’s Committee on Disabilities, Green is holding hearings regarding the work of the Philadelphia Autism Project and their impact in Philadelphia. Green’s office is also reviewing the Autism Insurance Act in order to identify new ways to fund services for adults with autism.

My initial reaction was shock, loss, concern about his future. There weren’t enough services to support Jaden; and the cost associated with getting the additional services he needed to have the best possible future was costly. Just a doctor’s appointment was $900. Nothing was reimbursable and I also had to travel out of state at times to get specialized services.

If a family could only afford to invest in one thing and the child was non-verbal and or had limited verbal ability, I would recommend that the parents invest in speech therapy and technology types of services like Jaden’s Voice Tech, Teach and Talk classes. An autistic individual being able to communicate drastically reduces negative behavior.  If you have a child that has great verbal communication skills I would recommend investing appropriate applied sensory therapies. The challenge is that all of these things are and should be available but for many reasons families with lower incomes can not get access nor can they afford to get the additional services ether because of distance or cost associated with the services.

If you are single parent on the spectrum, the first piece of advice I would give you with a newly diagnosed child is to take care of you. Like on a plane, they tell you to place the oxygen mask on you first, and then others, so you have the ability to breathe and save them. Find other parents similar to you and buddy up. Develop a support system so you are not going through this alone. Autism is a marathon not a sprint and you never reach the finish line.  Autistic kids become autistic adults so you will need support in order to go through the process which is sometimes complex and consistently revolving. The great thing is you are not alone.