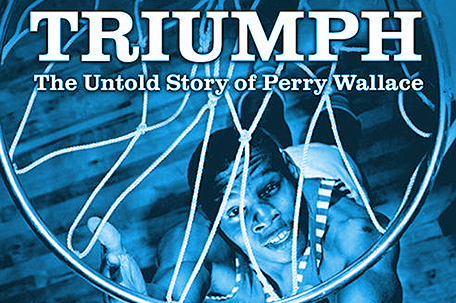 The phrase “we’ve come a long way” is often paired with conversations that tip-toe around the sordid history of our country and its racism. Yes, there has been progress, but not nearly enough. The Black athlete specifically has been a source of hatred long before they were loved for their athleticism. In recent years, we’ve seen a number of events that prove racism still has a strong presence in sports.

There was the incident where former MSNBC host Don Imus referred to the Rutgers women’s basketball team as “nappy headed hos”. There was the disgusting instance where Jason Burle, owner of the S.N.A.F.U Bar in Missouri, taped together Marshawn Lynch and Colin Kaepernick’s jerseys as a doormat to read “Lynch Kaepernick”. And who can forget Fox News Correspondent Laura Ingraham’s attempt to silence LeBron James’ critique of President Donald Trump’s consistently racist behavior with her “shut up and dribble” comment. These are not isolated occurrences, and pioneers in sports had paved the way to inclusion in hopes that these moments would happen far less frequently. Among the greats and firsts in sports we hear names like Jackie Robinson, the first African American to play in Major League Baseball, and Arthur Ashe, the first African American man to win a Grand Slam event in tennis. Another less known name in sports that everyone should know and recognize is Perry Wallace, the first African American varsity basketball player in the Southeastern Conference (SEC).

“Triumph The Untold Story of Perry Wallace,” directed by Rich Gentile and narrated by Academy Award-winning actor Forest Whitaker, tells the story of the barriers Perry Wallace broke by integrating the SEC.

The documentary begins with a powerful quote from Wallace, “I didn’t want to be White, I just wanted to be Black the right way. I wanted to have the kind of life that I was entitled to as an American citizen.” The fundamental rights and existence that every human being walking this earth deserves, was what Wallace wanted to experience but was denied as a young Black man and athlete.  He was raised in the Jim Crow South. Seeing the stark difference between existence for White people and Black people in America, Wallace looked to academic excellence as his ticket out of the south. After a short time playing the trumpet in the school band, his attention was swayed by the high school basketball coach… the rest is history.

Wallace received offers for scholarships from between 60 and 70 universities including Vanderbilt University. Largely due to the strong academics, he chose to attend Vanderbilt in his home town of  Tennessee. He entered Vanderbilt in 1966. Donned in the number 25, Wallace took on the burden of representation. Throughout the documentary, Wallace discusses the monumental hurdles he had to overcome simply by existing in the previously all-White world of Vanderbilt and the SEC. Although Wallace’s coach Roy Skinner, went against the grain by recruiting Black athletes for his team, his belief in Wallace’s athleticism did little to support the constant turbulence he experienced. Students, faculty, his opponents on the court and the referees were overtly racist, and there was nothing anyone did to stop it. The game stands were filled with hatred spewed by its all-White patrons. Racial epithets paired with profanity were thrown at Wallace often, objects were thrown, people spat on him, he was assaulted on the court, his life was threatened and there were no consequences for those responsible. In the documentary, Wallace spoke about a game at Mississippi State University, where they were welcomed by students screaming the n-word while beating on their bus, and a locker room decorated by garbage and excrement from overflowing toilets. Wallace’s only saving grace throughout his college experience was a small community of Black Vanderbilt students, and his Black teammate, Godfrey Dillard. Dillard was injured before he could earn a varsity letter and left to play for Eastern Michigan. Perry Wallace once again stood alone.

Wallace’s last collegiate game was on March 7, 1970. He played that game as the team captain. In a full circle moment, he returned to the University of Mississippi (Ole Miss) to play against a team that refused to compete against him as a Black athlete earlier in his career. After being elbowed in the face, being temporary blinded in his eye, and nursing a bloody nose without a foul being called, Wallace still managed to have 28 rebounds that game. He received a standing ovation. He graduated from Vanderbilt with an engineering degree in 1970. He was drafted by the Philadelphia 76ers, but pursued a career in education instead of receiving his law degree from Columbia University.

Sometimes history has a way of wanting its orators and contributors to paint the pictures people want to see, versus the images that force us to face hard truths. After Perry Wallace shared his truth with the press about his experience at Vanderbilt, he was ostracized… yet again. People shunned him, called him ungrateful and refused to acknowledge the ugliness of his experience. Wallace stood his ground, he spoke the truth and because of that, it took Vanderbilt 30 years to acknowledge what he did for the school and for this country. On February 21, 2004, Perry Wallace was greeted with a standing ovation as he walked across to basketball court to see his number 25 jersey retired at Vanderbilt University.

“Triumph The Untold Story of Perry Wallace”, is riveting from start to finish. It highlights a pioneer who bore a weight too heavy for most. Hearing accounts of history directly from Perry Wallace himself was powerful.  There was a consensus from everyone that contributed to telling Wallace’s story. His teammates, coaches, sports columnists, sports legends and historians all agreed on one thing… what Perry Wallace did was incredible! Imagine being 18-years-old and feeling completely alone. Now imagine fearing for your life daily because people felt entitled to hatred as a way or life… that is what Wallace had to endure. Wallace’s experience was not just difficult, it was dangerous, and a testament to his ability to persevere for the greater good.