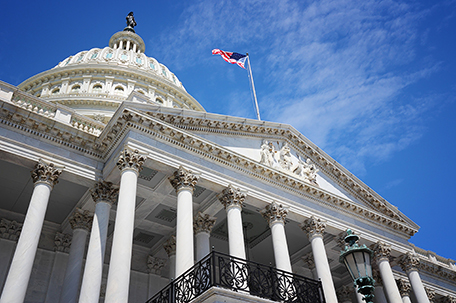 TRANSITION LIMBO: The team helping Joe Biden prepare for the White House and a nonpartisan institution are asking President Donald Trump to cooperate with an orderly transition of power, despite his false claims that the election was stolen. Those requests have thrust into the spotlight a little-known agency called the General Services Administration, which is tasked with formally beginning the transition from one administration to another based on all available facts.

QUOTABLE: “We cannot and will not take plaintiff’s word for it — in an election where every vote matters, we will not disenfranchise potentially eligible voters based solely upon the allegations of a private foundation.” —- Federal Judge John Jones, who has said he was doubtful of claims that there were dead people on voter rolls in Pennsylvania.

SUN NOTE: The 2020 presidential election has officially hit the highest turnout in more than 50 years. The turnout rate in last week’s presidential election eclipsed the 61.6% of voting age Americans who voted in the 2008 election. It has the highest turnout rate since 1968 — 62% as of Sunday. As new votes are still slowly tallied, that rate will continue to creep higher.

Transfer of Power: What is the Presidential Transition Act?