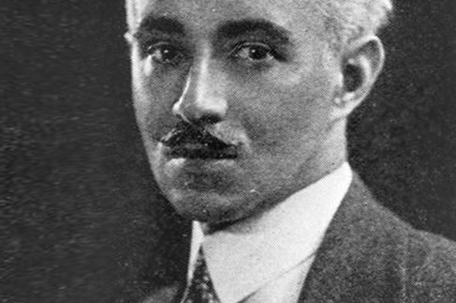 You may not know who he is, but chances are you’re pretty familiar with Julian Francis Abele’s work. The architect, who was the first black student to graduate from the University of Pennsylvania’s architecture program, is behind the designs of some of the most beloved and iconic buildings in Philadelphia.

Abele was a dapper and well-respected architect in the small inner circle of designers in Philadelphia during the early 1900s. But it wasn’t until after his death in 1950 that he began to receive recognition for his role in designing the Philadelphia Museum of Art, the Free Library of Philadelphia, and in later years, Duke University’s campus—all while working as chief designer for Horace Trumbauer. Because he did not sign his name to any projects until after Trumbauer’s death, there is no clear-cut record on what projects Abele had a hand in designing.

Abele grew up in this home, just south of Fitler Square, with his mom, five brothers, a niece, and sister-in-law, according to Census records. 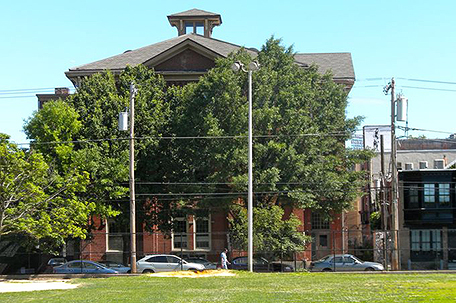 Julian Abele attended college at the Institute for Colored Youth, where mathematics was his forte. His talent was recognized within the school, and he was selected to give the commencement speech, which was called “The Role of Art in Negro Life.”

After attending the Institute for Colored Youth, Abele went on to earn a two-year degree in architecture from the Pennsylvania Museum School of Industrial Art. His smarts and wits were also noticed here, earning him the nickname “Willing and Able.” The school is now known as University of the Arts.

Abele continued his architecture education at the University of Pennsylvania, where he was the president of the student Architectural Society and became the first black graduate of the Graduate School of Fine Arts in 1902. All the more impressive about Abele’s success here is that he worked for architect Louis Hickman during all four years at Penn.

The design of the Philadelphia Museum of Art was a large undertaking that involved multiple architectural firms, including Trumbauer’s. But it is now recognized that Abele was responsible for the detail work and perspective drawings. The museum opened in 1928, and in later years the director Fiske Kimball would describe Abele as “one of the most sensitive designers anywhere in America.”