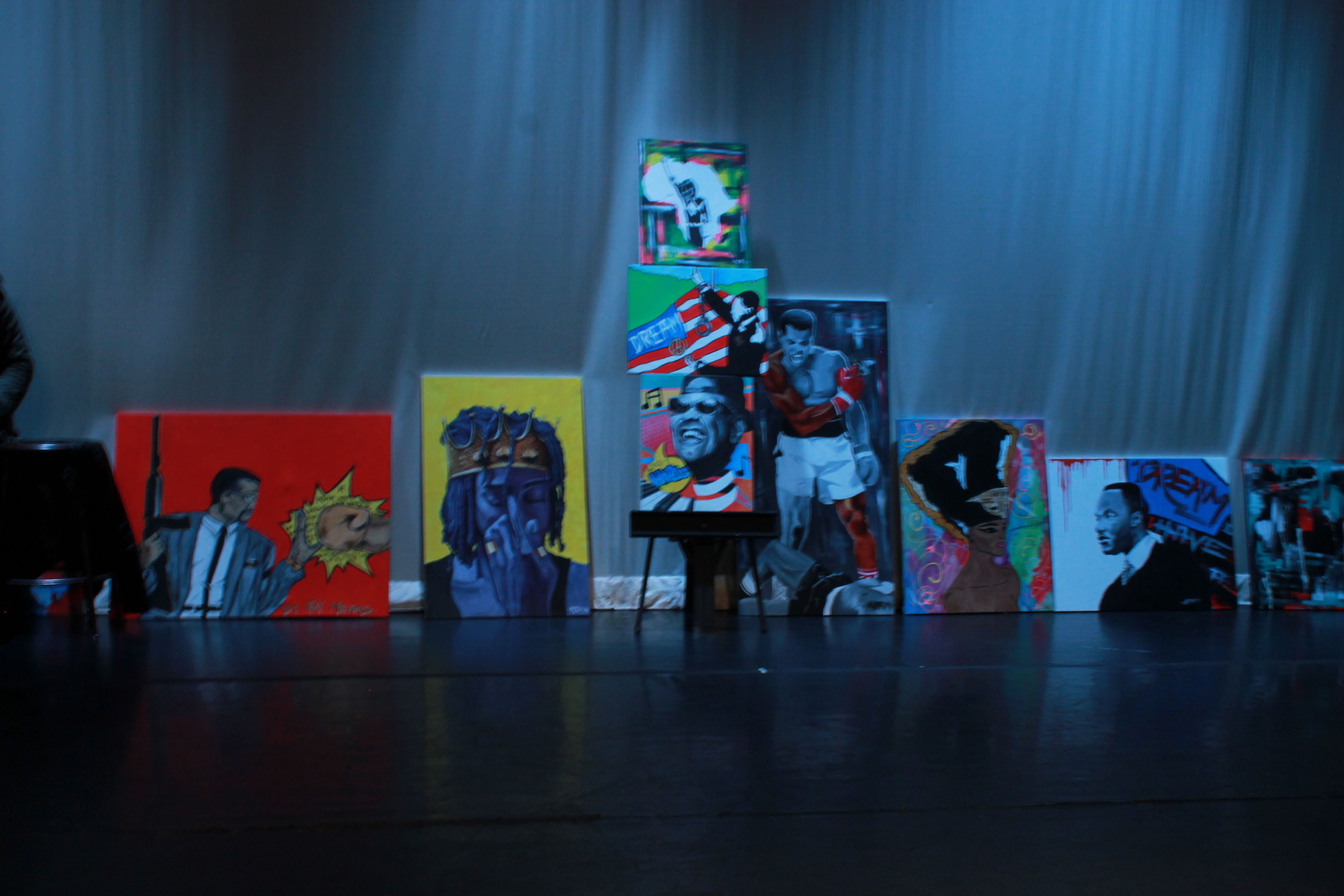 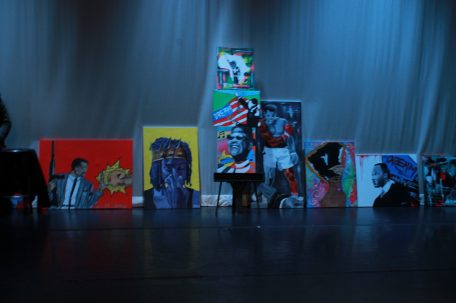 Ever wonder if young people are aware that their actions could create major consequences?  What about if they use their energies toward something positive in their community?  Theater production Tomorrow Can Wait explores these themes through all forms of visual art.  Bright paintings lined the back of the stage, depicting civil rights activists and great musical talents.  Live music was provided by a band that performed original songs and some soulful favorites from the likes of Erykah Badu.  During scene changes there were break dancers who flipped and popped much to the audience’s delight and of course the production itself.

The play centers on brothers Tahj (Nathaniel Pyfrom) and Shane (Marc Holladay) and their friends Donnie (Marcia Walker) and Khalif (Tyrone Blassingame) who try to make it through teenage angst and family issues in the inner city without falling victim to the concrete jungle.  The brothers hustle on the streets to provide for their mentally ill mother who suffers from being temporarily mute.  Their brother Evan (voiced by director/producer Damon Hill) gets killed and their hearts seek revenge on his death.  Shane gets caught up in the game and ends up doing an eight year bid.  When he returns home, he feels it is his responsibility to lead Tahj down the right path including getting off the streets, back into school, and praying again.  Each of the youths suffer with not having a positive male influence in their lives, and are being raised by single mothers and grandmothers.

Donnie is the lone girl in their group of friends who loves to get high on all kinds of drugs to block out the numbness she feels inside from her life’s experiences.  Things change for her drastically and she is forced to rethink her decisions.

Redemption, family, love, pain, survival, faith and forgiveness are all powerful themes used in Tomorrow Can’t Wait.  Director and producer Damon Hill wants to travel with this play, going to churches and schools, wherever he can spread the message of turning your life around and seeking a positive outlet.  Be on the lookout for more information about the production.