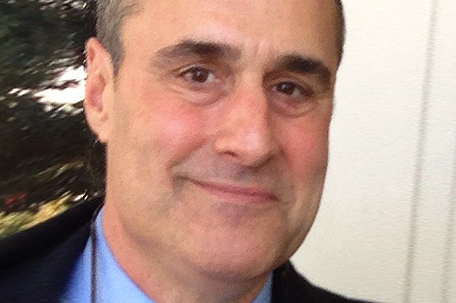 HUNTINGDON VALLEY, PA–Todd Bernstein, who founded the nation’s first and largest King Day of Service program in Philadelphia and has served as its director for 19 years, will receive the Community Leadership Award from RSVP at the annual Volunteer Recognition Luncheon, celebrating its 43 years of service here at Philmont Country Club, 301 Tomlinson Road on Thursday, May 15 at noon.

Lisa Sandler, director of community service and head of RSVP, with headquarters at the Klein JCC in Northeast Philadelphia, says that Bernstein is being singled out for special recognition for his long-standing commitment and dedication to public service and volunteerism. “He additionally has continued to address social issues in major communal endeavors that are consistent with the goals and objectives of RSVP,” notes Sandler.

Also being honored will be some 850 active volunteers who have dedicated 55,000 hours of service to more than 100 non-profit agencies. They have cooked and delivered meals to homebound elderly who cannot shop or cook for themselves, tutored students in elementary schools, educated visitors to Philadelphia museums and historic sites, comforted the frail elderly in long-term care facilities, educated the community-at-large about key environmental issues, taught English and citizenship to immigrants and much more.

This year’s RSVP Volunteer Recognition Luncheon is also part of the 51st anniversary of Older Americans Month which is being celebrated under the Aegis of the U. S. Department of Human Services Administration For Community Living.

Bernstein has devoted his career to public service. In 1994, as state director for then United States Sen. Harris Wofford, he helped Sen. Wofford and Atlanta Congressman John Lewis begin the National King Day of Service through Federal legislation. In 1995, after working for 15 years at all levels in government and politics, he started Global Citizen, a non-profit organization which promotes volunteer service and sustainable engagement.

In 1996, he founded the King Day of Service in Philadelphia, the nation’s first and largest, and served as its director for 19 years. From 2006 to 2008, he was the director of the King Day of Service National Expansion Initiative through the Corporation for National and Community Service in Washington, DC. In 2008, he started the MLK365, a Global Citizen program, which provides year-round service opportunities, workshops and helps design and implement sustainable volunteer programs, especially for businesses.

In 2012, he was named a White House Champion For Change. A graduate of Ithaca College, he studied for his masters of government administration degree at the University of Pennsylvania’s Fels Center For Government.

The RSVP Program is federally funded through the Corporation for National and Community Service and additionally receives funding from the Philadelphia Corporation For Aging and the Jewish Federation of Greater Philadelphia. In Philadelphia, RSVP is sponsored by the Klein JCC located at 10100 Jamison Avenue in the Northeast section of the city. For additional information, contact Lisa Sandler at 267-345-7787 or email [email protected]