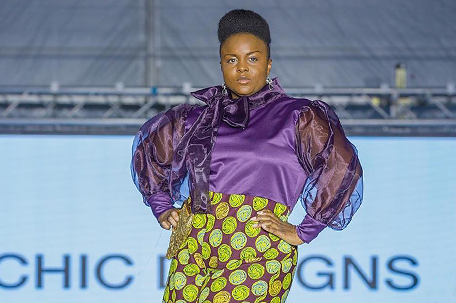 At last Saturday’s “Lov’n My Curves” fashion show, there was, literally, something for everyone.

For most of the last decade, the clothing size for the average American woman has been a size 14, meaning that most of them fit in the plus-sized category.

But finding nice things for plus-sized people to wear that doesn’t cost an arm and a leg or don’t make you look like Mrs. Roper on “Three’s Company” has been a challenge, especially for women.

On Saturday, as part of Philadelphia Fashion Week, a group of designers and boutiques took on that challenge with the “Lov’n My Curves” fashion show. The show was filled with stunning outfits with silhouettes ranging from body conscious to flowing with grandeur. 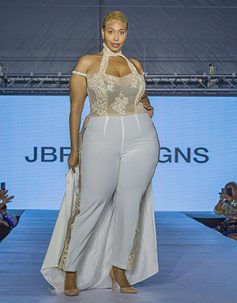 Because 68 percent of the nation’s women identify as plus-sized, shows like Lov’n My Curves are important for these women —- and the $21 billion in revenue they represent —- to get their moment in the sun, said Dezzie, the Praise 103.9 radio personality who served as the show’s emcee.

Marquita Williams, the CEO of Lov’n My Curves, had been producing the show independently of Fashion Week and it had been such a hit that founders Kevin Parker and Kerry Scott took notice.

They then made history.

“We’re the first plus-sized partner they’ve ever done a show with,” Williams said. “I’m glad that they took a chance on us. Once the word was out that we were doing the show, designers started filling my inbox. We had more designers and models than we could ever use.”

The show began with the colorful designs of Mo’Tiff, the line created by radio personality/actress Tiffany Bacon. Like many of the designers, her line was created out of necessity.

Thing was, the necessity wasn’t based in fashion. It was based in theatricality. 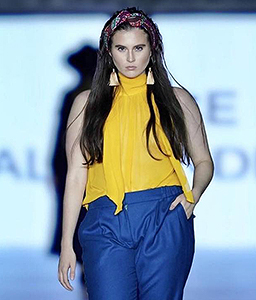 “I had a theater company, but we didn’t have money for costumes,” she said. “So I learned how to sew.”

And lest the men think they were forgotten, designer Troy Adkins came through with his line of comfortable, yet fashionable clothing, Volare Menswear.

Plus-sized retailer Ashley Stewart was a premiere sponsor for the show and full-figured beauty queens took their places along the runway, waiting to see what they could possibly buy from the designers backstage.

Because the show was such a success, Williams is optimistic that they’ll be a part of Philadelphia Fashion Week next year.

Fashionistas like Danyl Patterson, a lawyer from West Philadelphia, will be waiting.

“I thought that this was fabulous,” she said. “And it’s about time.”

A look at Philly Fashion Week for Fall 2017