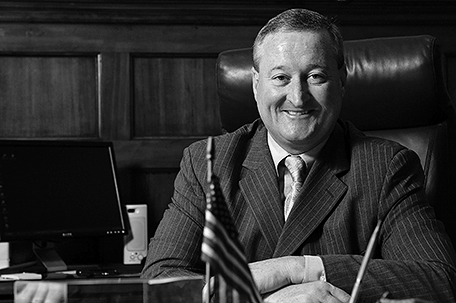 ABOVE PHOTO:  Jim Kenney (Photo by Will Connelly)

Unionized city workers, at a joint news conference last week announced that they have endorsed Jim Kenney for Mayor in the May 19 Primary Election.

All three council presidents noted that Kenney’s positions on school funding, jobs and the economy and crime were the main reasons for the joint endorsement.

“The next mayor of our city must fight for good jobs and an economy that works for all Philadelphians,” said Fred Wright, “Jim Kenney has the right position on issues that impact our members, their families and working families in Philadelphia.”

Pete Matthews noted that this unified effort was “unprecedented” and would have a large impact on what is expected be a very low turnout election.

“The fact that all of AFSCME is joining forces with the other City unions in a unified effort is unprecedented in recent mayoral elections,” said Matthews. “AFSCME members live, work and vote in the City, our children go to Philadelphia public schools and we have close ties to every community and neighborhood.”

Henry Nicholas of NUHHCE/District 1199C said the election was an opportunity for union members to work with their fellow Philadelphians and to take a greater leadership role in raising the standard of living for the city’s working families.

“We all agreed that we don’t want to repeat the mistakes of past elections when Labor was divided,” said Nicholas. “This new unity will have a significant impact on the election because the unions working together for Jim Kenney have tens of thousands of members and retirees who live and vote in the City. They will play a huge role in mobilizing their families, friends and neighbors to vote for a candidate who moves Philadelphia forward for working people.”

The unions representing City workers are joining the Philadelphia AFL-CIO, the American Federation of Teachers, SEIU and many unions in the Philadelphia Building and Construction Trades Council in backing Jim Kenney for mayor.