Thomas on announcement of state funds for Philadelphia schools 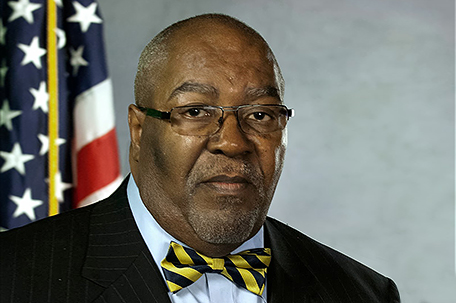 State Rep. W. Curtis Thomas, D-Phila., responding to the recently announced release of $265 million in stopgap funding for Philadelphia public schools, said now is the time to renew the Commonwealth’s commitment to addressing public school funding in Philadelphia and across the state.

“While I am pleased that the governor and Democratic and Republican leadership in the House and Senate came together to advance the stopgap funding for Philadelphia’s public schools, I believe it is imperative that everyone – including the rank and file members of both chambers – move as soon as possible to provide Philadelphia with a mechanism to raise additional revenue for public schools,” Thomas said.  “I don’t want this temporary fix to overshadow the need for the General Assembly to provide our constitutionally obligated maintenance and support of a ‘thorough and efficient system of public education.’

“Without addressing the shortcomings, we will continue to have this problem in Philadelphia and other counties. We need a basic education funding formula that better reflects the global marketplace needs of all students, as well as the special needs of the diverse counties in Pennsylvania.

“Over the years, I’ve offered a number of proposals to increase revenue for education and will offer those again. To begin with, we can take a look at the funding formulas driving revenue in New Jersey, Massachusetts and Illinois. Each of these states has a fair funding formula that is based on both population and needs. Additionally, we need to look at revenue streams.

“The opportunity for Pennsylvania to generate more revenue is there – we already have identified a potential Marcellus Shale tax and can utilize the Internet sales tax even more by taking a closer look at tax revenues that are generated by out-of-state companies that are doing business in Pennsylvania.

“Additionally, we could reduce the level of corporate welfare by continuing our work to truly close the Delaware loophole.

“Finally, we could reduce sales tax exemptions on such items as candy, gum and smokeless tobacco.

“And if the will is not there for any of those proposed fixes, then we could move to bring Pennsylvania’s income tax policy into the 21st century by transitioning from a fixed rate to a graduated income tax. Pennsylvania is one of only seven states in the nation with a single flat rate tax on all income. I am introducing a resolution calling for a study of the fiscal impact of transitioning the Commonwealth from a single, flat rate tax to a graduated system. Until this study is complete and we have actual revenue estimates for Pennsylvania, we can look to our neighboring states of Delaware, Maryland, New Jersey, New York, Ohio and West Virginia to see the type of revenue that can be generated there – each of these states already has a graduated income tax structure in place.

“As you can see, there is a mixture of things we can make work to prepare our children for the global marketplace in which they are growing up.

“We have an opportunity right now to piggyback on this momentum to fund Philadelphia schools with a solution that will put all Pennsylvania public schools and every child who is matriculating through or soon will enter school, on a path for success. And that path does not have to involve increases in property taxes on the hardworking taxpayers of Pennsylvania.”