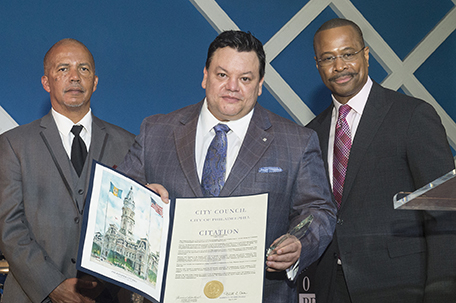 Community College of Philadelphia’s Black & Gold Gala raised approximately $225,000 before expenses last week, and a cast of familiar faces showed up to make it the College’s largest fundraiser ever.

Philadelphia Mayor James F. Kenney served as honorary chair of the event, which brought out a mosaic of community, civic, and business leaders including Philadelphia Eagle Malcolm Jenkins, a member of the college’s Foundation Board of Directors; Dr. Ellyn Jo Waller, educator and president of the Foundation’s Board of Directors; Harold T. Epps, director of commerce for Philadelphia; City School Superintendent Dr. William Hite, and State Representative James Roebuck, a member of the College’s Board of Trustees. More than 500 people attended. 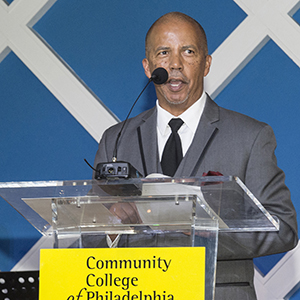 All proceeds will benefit the College’s 50th Anniversary Promise Scholarship, which has provided more than 700 public and private high school graduates across the City with the opportunity to pursue an associate degree at the College at no cost for tuition and fees.

With widespread support from people of all walks and stages of life,  the College will welcome its fourth cohort of Promise Scholars this fall.

Honorees at this year’s gala were Independence Blue Cross, which received the award for corporate leadership, and Ronald W. Davis, director of diversity and community affairs, Parx Casino, who received the Community Hero Award.