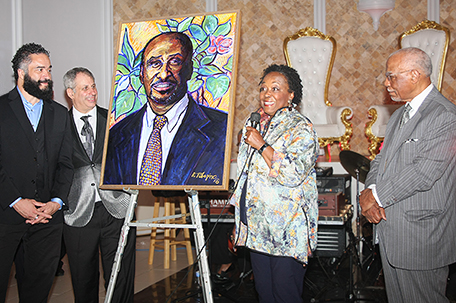 The Third Annual Philadelphia Legacies Awards Dinner was held on September 30 at the Victorian Banquet Hall in the city’s historic Germantown section. Stephen C. Satell is the executive director of the organization which honors Philadelphians that have made outstanding contributions to the City of Brotherly Love and Sisterly Affection through communications/media, education, sports, philanthropy, entrepreneurship and other occupations.

I asked Satell about his inspiration for bringing this event to fruition.

“In 1996, I created the largest speakers, mentoring and critical thinking program in Philadelphia schools —Bridging Worlds,” Satell said. “When the Democratic Convention was held here, I wanted to showcase Philadelphia in a broader way and show the accomplishments of people such as David and Falaka Fattah, who ended territorial gang war in the 1970s; Miller Parker, who was the inspiration for the Negro League Baseball statue and Charles Blockson, who created the fifth largest Black library in the country.

I also wanted to create a platform to shine the light on those who helped solve problems in the past and who also focus on the problems of today. Philadelphia generates billions of dollars for job opportunities, but we also have the highest poverty rate of any major city. We need to roll up our sleeves and solve some of these problems in a positive atmosphere, as we recognize the accomplishments of the past.” 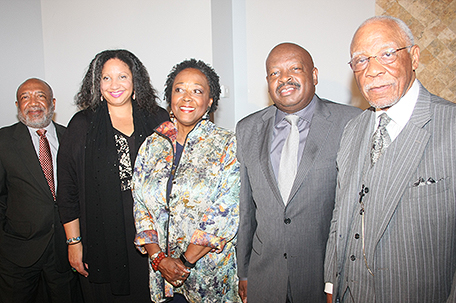 Linda Wright Moore, widow of Acel Moore, who is an accomplished, retired broadcast journalist and communicator in her own right, accepted the award on his behalf.

“The Philadelphia Legacies Awards event was warm and inspirational, and I know Acel would be proud to be included,” she said. “The portrait of him by Raphael Tiberino is beautiful. For me, the occasion was made more memorable because people who knew and loved Acel were in attendance. NABJ President Sarah Glover, one of his favorite proteges, was there along with other journalistic colleagues, including Michael Days, vice president for diversity and inclusion, Philadelphia Media Network; Joseph Blake, formerly of the Philadelphia Daily News and Oscar Miller, also of PMN, who has worked so hard to keep the Acel Moore High School of Journalism program going and growing. Also present were Acel’s and my dear friends, Raymond and Sylvia Webster.

I really respect and appreciate Steve Satell’s passion and commitment to keeping the stories of outstanding Philadelphians alive, sharing those stories with young people – and also fundraising to support nonprofit leaders in the community. I thank Philadelphia Legacies for this prestigious honor.” 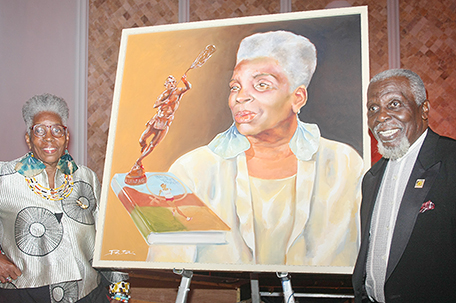 “It is my hope that my life story and my beautiful portrait will inspire Black women and girls to participate in non-traditional sports,”she said. “I am living proof that education and sports can be valuable change agents.”

Sloan Green shared that she was raised in Eastwick Philadelphia by her parents, Norwood and Sally Sloan, who did not attend college, but kept her family involved in church, where God, values and respect for self and others were emphasized. As a student at the Philadelphia High School for Girls, her physical education teachers and coaches recognized her talent and invited her to participate in field hockey and other sports.

“My coaches also advised me to attend West Chester State College where I would be coached and mentored by the renown Vonnie Gros,” she said. “In addition, education and sports allowed me to coach and teach at Lincoln University, experience different cultures, acquire lifelong friends, participate on national and international teams and inspire other young ladies from various racial and economic backgrounds to attend Temple University, where they received a superb education and elevated the lacrosse team to national prominence.” 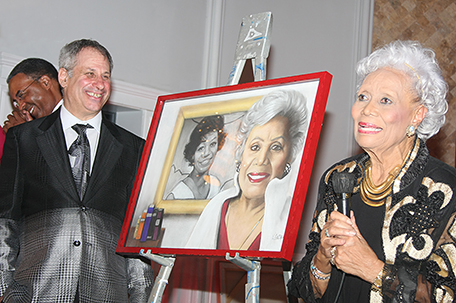 The legendary Trudy Haynes —who continues to host an online show called “The Trudy Haynes Show” — remains poised, elegant and enthusiastic about her work.

“How very grateful I am to receive this honor from old and new friends, and be able to say thank you to Philadelphia for the successful and encouraging years in throughout my career,” she said. “The portrait is a delightful and everlasting tribute.”

When Ukee Washington introduced Haynes, he thanked her for paving the path for him to be in his current role as a successful broadcast journalist. 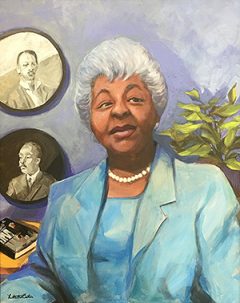 “I would have to say that I am proud of my father and his accomplishments,” he said. “Knowing that he made a positive impression on the City of Philadelphia makes me even more proud to be Richard Allen, Jr.”

Allen, Jr. was accompanied by Mark “Froggy” Carfagno, a former groundskeeper for the Phillies at the old Connie Mack Stadium.  Carfagno told the approximately 200 people assembled for the dinner at the Victoria Banquet Hall on Germantown Ave., that Allen was a fantastic player who deserved to be in the Baseball Hall of Fame, and performed brilliantly on the field well despite the taunts, threats, slurs and hatred hurled at him. . . even by Phillies fans.

“I don’t see how he did it,” said Carfagno.  “Night after night of people cursing you, calling you all sorts of names and even throwing smoke bombs; and still he performed with calm and dignity.”

Congratulations to Philadelphia Legacies, honorees, supporters and all involved in this inspiring endeavor.