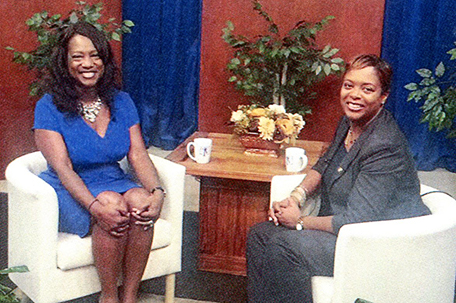 ABOVE PHOTO:  Thera with Councilwoman Cindy Bass on her radio show.

When Thera Martin-Milling emerged from Marquette University armed with a degree in communications, she was certain of two things. She wanted to become a news reporter and she, ultimately, wanted her body of work to make a difference.

It is safe to say she has accomplished both goals. 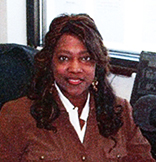 Thera Martin-Milling has been a respected fixture on the Philadelphia news scene for nearly four decades. Her professional news portfolio reflects positions such as reporter, news director, radio program director and press aid to a congressman. The news chapter of her career highlights interviews with presidents to international political figures such as the late South African President Nelson Mandela; and host for a long-running cable television public affairs program.

Through it all, she has never lost her passion for news. Today, she hosts a morning news show on WURD-900 AM radio and also continues to host her local cable TV show, while continuing to blaze the path for a new generation of aspiring journalists.

Thera Martin-Milling remembers beginning her career at Philadelphia radio station WDAS-FM and AM as an unpaid intern.

“I convinced veteran broadcaster Georgie Woods that if I was just given an opportunity, I would not disappoint him,” said Martin-Milling.

Once there Martin-Milling began rising through the ranks, serving as a morning news anchor and in a public affairs capacity. In a few years, she was tapped by Cody Anderson a WDAS executive and former WHAT owner, as News Director.

From there, her career has been a ceaseless climb up the news ladder, serving as Program Director for WHAT-AM, Press Secretary for Congressman Chaka Fattah and on-air host for several local cable television and radio programs in the tristate area.

Leaving the political front, Martin-Milling returned to WDAS radio, having never abandoned her news roots. She picked up where she left off covering crucial news stories and managing various community service programing.

Today, she is a business woman and communications specialist. Her company TBM Productions, specializes in video production services, special events planning and public relations. Additionally she currently hosts Daybreak, a morning news program on WURD-900AM a collection of breaking news, sports, weather stories, complemented by commentary and opinions from political and community leaders.

“When reflecting on my career, I credit my parents for creating a formal foundation with lots of love and support,” said Martin-Milling. “The course for my success was set by two loving parents who always demanded excellence and mastery.”

Martin-Millingwas born in Fort Benning, Georgia, on June 4 1958. She was the second of two daughters. She moved to Philadelphia at the age of 5 when her father, an Army Master Sergeant was transferred to Philadelphia and eventually retired from a military career he loved. Her mother, a business woman, owned her own beauty salon. The Martins kept their girls busy with lessons in etiquette, elocution, sports and the dramatic arts. Since her family valued education, she and her sister were enrolled in Ancilla Domini Academy, a Catholic high school for girls, in the Germantown section of Philadelphia. Martin-Milling excelled there, completing her high school graduation requirements in her junior year, before heading on to college.

As a college student at Marquette University she recalls how she and fellow African American students created their own newspaper to speak to their campus concerns and address social issues.

“There was not a voice for us so we just created one,” remembered Martin-Milling. “It just never occurred to us that we should not have a voice, she added.

She left that experience more determined than ever to pursue a career in journalism. When she graduated from Marquette, she headed home to Philadelphia, armed with a Bachelor of Science in Broadcast Communications and a minor in Theater, determined to pursue her career goal.

Martin-Milling’s body of work has earned her numerous journalism awards, including from the Philadelphia Association of Black Journalists and numerous community service awards for her focus on national, state and local community initiatives.

She also has served on the boards of various non-profit organizations. She was recently recognized by the Philadelphia Martin Luther King Jr. Association for Nonviolence at its annual awards luncheon for her long-time commitment to community news coverage and social justice.

Throughout her career and in her personal life. Martin-Milling has never forgotten her origins and speaks often to audiences, especially youth and the disenfranchised, about achieving life goals through perseverance.  Such social engagement, she noted, is her way of “paying it forward.”

“We must remember the outstretched hands that guided us to the professional and personal roads of opportunity and success, and in turn do the same for others,” Martin-Milling said.