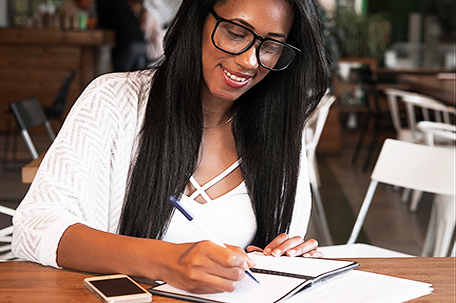 While I understand the desire for accountability that comes with the demand to know where all of the money from Sheriff’s Sale ads goes, you can ask for that accountability without discounting the careers of those of us who choose to tell the stories of marginalized people.

When I read the article from Philadelphia Inquirer reporters Craig McCoy and Jeffrey Roebuck regarding sheriff’s sale dollars and community newspapers, there were a few sections of the story that stuck out to me.

One was the contention that allowing the group of community newspapers that make up the Liberty City Press to receive sheriff’s sale ads amounts to giving “small, obscure” publications a piece of a politically- motivated pie.

The other was that the support of community papers amounts to an “expensive frill, meant to buy friendly news coverage.”

While we can talk about the contention that the folks who rely on these community newspapers for information don’t deserve information on sheriff’s sales for the purpose of buying homes in their neighborhoods and staving off the forces of gentrification for at least a little while, what I want to talk about is the whole “friendly news coverage” thing.

Because that’s the part that’s got me pissed off.

Before I get into why that is, allow me to introduce myself.

In addition to being the former president of the Philadelphia Association of Black Journalists, I am also a nationally —- and internationally—- published journalist. My work has appeared on the BBC’s website, Time.com, XOJane.com and AllDigitocracy.org in addition to the SUN.

I have a Mid-Atlantic Emmy for producing a mayoral debate with CN8 and PABJ. I’ve won awards from the Pennsylvania Women’s Press Association, and I’m this year’s Philadelphia Media Awards winner for Community Reporter of the Year.

I’ve worked for a variety of newspapers and my career began as a reporter for WRTI-FM. I currently co-host the radio program “Mark and Denise In The Mornings” on WWDB-AM and, (the irony of this kind of cracks me up when I think about it).  I was an intern at, you guessed it, the Philadelphia Inquirer.

Now, why do I bring all of this up? I bring it up because the implication is that the papers deemed unworthy of sheriff’s sale dollars are staffed by people who aren’t actual journalists, something that I find funny considering I was among the reporters covering the trial of former Congressman Chaka Fattah.

But you’re wrong about that. In fact, you’re dead wrong. And I’m beyond insulted not just for me, but for the people at the other outlets you’ve targeted who manage to cover things with one quarter of the resources you take for granted.

The marginalized communities represented by the newspapers that Sheriff Williams has chosen to provide this in your words “expensive frill” to patronize these news organizations because, well, you don’t have the time. Or the inclination. Or the desire to come into these communities unless there’s something “interesting” to report.

Do we write a lot of so-called “positive” news? Yes. Do we sponsor community events? Sure. Do we emphasize people that most news organizations would have walked away from due to time and space limitations? Yes on that too.

But we also cover things in these communities that need a light shined on them. My colleague Amy V. Simmons has written about gentrification in Middle Neighborhoods. Chris Murray, the SUN’s sportswriter, has covered two Super Bowls, the Phillies World Series run, and various other things.

(By the way, he was also a sports editor for a newspaper in Maryland and a contributor to WashingtonPost.com, and thegrio.com.

In all honesty, making sure that Sheriff’s Sale ads are distributed to the very communities affected most by foreclosures seems kind of harmless to me.

That it’s seen as something else to you is kind of telling.