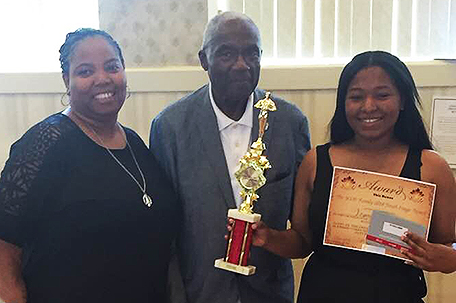 The Support Community Outreach Program’s (SCOP)  4th Annual Family Youth Image Awards (sponsored by the Philadelphia Department of Human Services ) was held on Saturday, June 16, 2018 at the beautiful Pinn Memorial Baptist Church in  West Philadelphia.  It was a day that the youth, their families and the SCOP organizations will remember for many years to come.

SCOP aims to promote safety and well-being for children, youth and families in Philadelphia by supporting extracurricular community programming.   They understand that family and community connections are crucial for childhood development programming via a network of grassroots community-based organizations.  The program fund enhances the capabilities of neighborhoods to support families, strengthen community relationships and more effectively meet the changing needs of children and youth in our city.

The SCOP groups have an opportunity to designate/nominate one or two youths from their organization to receive one of the awards.  The image award consists of a sizeable trophy with the recipients’ names engraved at the base of the trophy, along with a certificate of congratulations, two movie tickets and their respective names listed on the program. 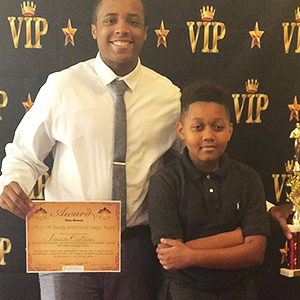 The awards program suggested four years ago by the SCOP Advisory Board and is made possible through the sponsorship of DHS and the SCOP board members who wanted to recognize the youth of the SCOP organizations.   To counter the often negative  stories in the media about African-American youths, SCOP wanted to celebrate their positive achievements.

Highlights of the event included musical offerings from Christian Hankerson, a SCOP youth and a Philadelphia NAACP ACT-SO gold medalist of “Lift Every Voice” on the pipe organ and, “The Lord’s Prayer” on the piano; a great musical performance by the event’s mistress of ceremony, Seraiah Nicole Frazer, and additional entertainment by the fabulous Little Big Sister Band.  The entertainment portion was followed up by excellent motivational speakers, Levi Selby and Jenne’ Ayers.

The most emotional part of the awards ceremony was the presentation of the leadership award to Tyrone Ransom on behalf of the late Marsha Moore, who was a great SCOP activist and community leader in the Southwest Philadelphia community.  Joining Ransom in receiving the leadership award was Elder Robert Moore and Roberta Moore, the husband and daughter of Marsha Moore respectively. On August 26, 2016, Moore was honored for her magnificent work in the community by Councilman Kenyatta Johnson and others in the renaming of Cecil Street to Marsha Moore Way.

Lastly, the attendees were uplifted by the words of Kevin D. Chapolini, director of the DHS Family, Youth and Community Services.  He was applauded for his continued passion for the youths that the SCOP Family serves all year round.